The banning of newspapers by football clubs who take a dislike to the tenor or tone of what is reported about them was raised to a new level today, when Premier League Newcastle United announced that it has banned the Telegraph from St James’ Park. 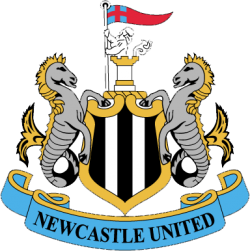 Newcastle today had a solicitor’s letter sent to the newspaper, demanding an apology and the withdrawal of a report, published this week, in which the Telegraph’s north-east football correspondent, Luke Edwards, had suggested that there was a split dressing room at the club.

The Telegraph’s response was forthright. We regret the club’s decision to ban the Telegraph from attending matches and press conferences,” the paper commented on its own website this afternoon, “but will not allow it to prevent us providing the most incisive, trustworthy Newcastle coverage, rather than pandering to what the club want you to read.”

Edwards’ report came off the back of Newcastle’s 6-0 defeat to Liverpool, when many observers suggested that several players “stopped playing” midway through the game. Edwards had written that a large French contingent in the Newcastle dressing room – seven of the side against Liverpool are French – did not share other players’ concern over the side’s recent slump in form, which has seen them go out of the Europa Cup and now facing a relegation struggle.

With Alan Pardew, the Newcastle manager, likely to have his position reviewed in the summer, this is a sensitive time around the club. Newcastle play Pardew’s former club, West Ham, at the weekend.