The MCC has invited sports journalists to participate in one of the initiatives they are planning as part of the celebrations for the Bicentenary of Lord’s next year.

They want to engage cricket enthusiasts by encouraging an online vote to discover what is considered to be the best match ever played at Lord’s and the best individual performances at the ground. These can be any game or performance in any format, be they in men’s or women’s cricket, amateur or professional. 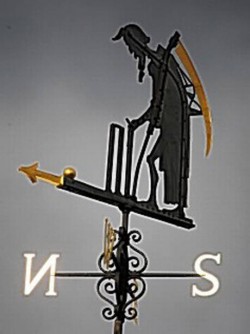 MCC would be very grateful for nominations to come from sports journalists as they will have the greatest range and depth of knowledge about the cricket played at Lord’s over 200 years.

To enable the voters to come to considered decisions, they are asking for nominations in any category, of between 300 and 500 words. These should be submitted to MCC via a special address – bicentenary@lords.org.uk – between October 1 and  December 31. The MCC judging panel will collate the results and publish one nomination a week on the Lord’s website throughout the first half of 2014.

They will then invite online votes in the run up to the men’s MCC v Rest of the World limited-overs international to be played at Lord’s in July. The winners of the online poll will be announced at a pre-match dinner.