Juliet Slot, the wife of SJA multiple award winner Owen Slot, is one of three new faces on the British Olympic Association Board.

Juliet, who worked on the London 2012 bid and is currently chief commercial officer at Ascot Racecourse, joins the BOA as an independent non-executive director. 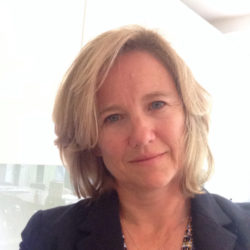 She fills the role left vacant as a result of Andy Anson’s appointment as the BOA’s CEO, a post he started on 1 November 2019. She joins Vicky Gosling OBE and Andrew Scoular, the CEOs of GB Snowsport and British Judo respectively, as new board members.

Commenting on her appointment Sir Hugh Robertson, chair of the BOA, said: “Juliet came through an impressive list of candidates and will add a wealth of commercial marketing experience to the board, which remains one of the strongest in terms of experience and expertise that I have had the opportunity to chair.”

Juliet Slot has a wide-ranging portfolio of commercial experience in the business of sport, encompassing periods at adidas International, Fulham FC, London 2012/LOCOG and Ascot Racecourse. A BOA statement said: “She also brings considerable commercial and marketing communications expertise to the table through agency employments at Octagon, Haymarket Media and Pitch.”

Speaking ahead of her first board meeting in 2020, Juliet said: “I have been passionate about the Olympics and our own Team GB ever since my childhood. Being part of the bid team that brought the Olympic and Paralympics to London was a career highlight.

“Witnessing first hand the impact and power of the Olympic brand and its values and the inspiration that our athletes can give to everyone in all parts of their lives, I am keen to support the marketing and digital teams in their mission to deliver the ‘Believe in Extraordinary’ brand positioning.  It will be an honour to serve alongside such a diverse and expert board to support the executive in the run up to Tokyo and subsequent renewals.”