The SJA’s internet sports writer of the year in 2010 is going into print. 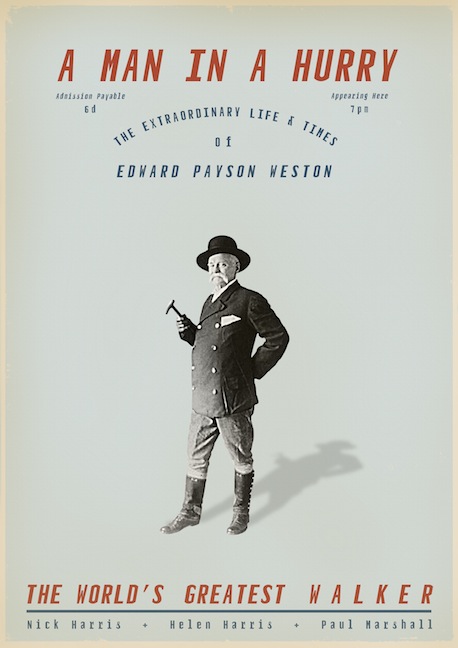 Nick Harris, the Mail on Sunday‘s sports news correspondent who last March was named among the winners at the SJA Sports Journalism Awards for his work on sportingintelligence.com, has written A Man in a Hurry: The Extraordinary Life and Times of Edward Payson Weston, The World’s Greatest Walker, with his wife, Helen Harris, and historian Paul Marshall, which is due to be published on April 1 by deCoubertin Books, the firm founded by another SJA member, James Corbett.

A Man in a Hurry, it says here, “tells the enthralling story of Edward Payson Weston, who, for a period in the 19th century, was one of the most famous people in the English-speaking world”.

Weston crossed Britain and America on foot earning fame, fortune and notoriety in a sports career that saw him complete some of the most amazing endurance feats ever witnessed.

Harris is short-listed in two categories for the 2011 edition of the SJA British Sports Journalism Awards, which are to be staged in London on March 12. He is clearly enthusiastic about the life story of this previously little remembered sporting hero. “His athletic feats beggared belief at times,” Harris said, “but with the scrutiny he was under, there’s no doubting he achieved them.

“Given that he was involved in a variety of historic events between the Gold Rush and the Jazz Age, but then promptly forgotten, his story can be summed up as a hybrid of a real life Victorian Forrest Gump and a human Seabiscuit. With added drugs.”

Harris’s publisher Corbett said: “One of the things I set out to do when I established deCoubertin Books was to give our writers a platform to develop their stories and encourage them to write with elegance and authority about the stories that matter most, particularly in sport. This team of authors have done that superbly, and I have high hopes for their brilliant book.”