Sunday will mark exactly 500 days to go until the start of the London 2012 Paralympic Games. 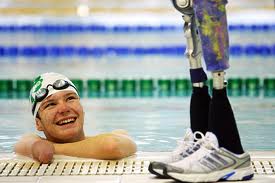 The London Organising Committee of the Olympic Games and Paralympic Games (LOCOG) today announced a wide range of exciting Paralympic-specific events due to take place in the next few months which will allow members of the public to get involved with and be inspired by the Paralympic Games.

LOCOG will be announcing the ticket prices for the Paralympic Games on May 10 – ticket bookings for the Olympic Games close on April 26. Exciting initiatives are planned to give sports fans an opportunity to see as much Paralympic sport as possible.

LOCOG will host International Paralympic Day in London on September 8. The event will showcase Paralympic sports and give the public a chance to learn more about Paralympic sport and experience first-hand the inspiration and excitement of Paralympic athletes.

Research from The Nielsen Company shows that there is a real public appetite for the Paralympic Games, with 1 in 3 people wanting to know more about Paralympic sport and Paralympians. There is also a strong belief that the London 2012 Paralympic Games will inspire the general public, with 1 in 2 people agreeing that the Games will show the world how to treat disabled people with respect and equality, and 4 in 10 believing the Games can bring about a breakthrough in the way disabled people are perceived in the UK.

The BT Paralympic World Cup will be held in Manchester May 23 to 28 May and will be a showcase of sport with athletes from the UK and the rest of the world competing, including Oscar Pistorius. Sports to be showcased include Athletics, Swimming and Wheelchair Basketball, as well as international matches in Sitting Volleyball and Boccia.

The Paralympic Games in the summer of 2012 will see Paralympic sport take place over 11 days, with more than 150 nations competing in 20 Paralympic sports. There will be 503 sporting events across 21 disciplines taking place in 19 different competition venues in London and across the UK.

To mark 500 days to go until the start of the Paralympic Games, Deloitte and ParalympicsGB are extending the accessibility of Deloitte Parasport, the website which enables people to search for the sport that’s best for their disability, and local clubs where that sport can be played. The website, which has around 30,000 users a month and links to 2,000 clubs, is signposting those inspired by the London 2012 Games and who want to get into disability sport to the nearest club to them. More than 50 per cent of people using the site have used the ‘Find a club’ function.

Deloitte is launching a new free widget to allow other websites such as sports clubs, NGBs or sponsors to add the functionality of Parasport directly to their site. The London 2012 Get Set and Sainsbury’s Active Kids websites have both added the widget.

Seb Coe, Chair of LOCOG, said: “We’ve got a fantastic line-up of events over the next few months, which will really give the public a chance to get involved with the Paralympic Games – whether it’s attending the BT Paralympic World Cup, meeting some athletes or taking part in International Paralympic Day. The London 2012 Paralympic Games will be one of the most memorable sporting events people will have the chance to witness here in the UK with athletes competing at the highest level possible. I would urge everyone to get involved and register their interest in Paralympic tickets at www.tickets.london2012.com.”

Tim Reddish, Chairman of ParalympicsGB, said: “500 days is not long at all, so we’re working hard with the sports and athletes to make sure that every one of those days counts. When the ParalympicsGB team walks out into the Stadium on 29 August 2012 to the roar of the home crowd, we’ll be confident we’ve done everything we can to produce lifetime best performances that will make the nation proud.”

Hugh Robertson, Minister for Sport and the Olympics, said: “500 days to go is an important milestone for the Paralympics. London 2012 will be a real homecoming for the Games since the first organised competition for disabled athletes took place in Britain in 1948. I want everyone to join in the excitement of this fantastic sporting event, and get involved in Paralympic Games related activities up and down the country over the next year.”

The Mayor of London, Boris Johnson, said: “The Paralympic Games in 2012 will be the icing on the cake of a fantastic summer of sport that we are privileged to host. Spectators will witness the world’s Paralympians competing at the highest level in some of the most unique, exciting and skilful sports. I call on all sports fans to check out the exciting upcoming events we have planned, which will showcase the best of what Paralympic sport has to offer.”