Former north-east sports reporter Doug Weatherall pays tribute to his long-time friend and colleague, whose son Geoff  Webster is a former deputy editor of The Sun. 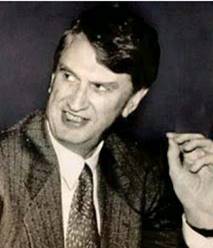 Bryan and I were friends and, for much of our careers, work colleagues, from the time we met, soon after my demob from Army National Service.

Bryan’s own National Service, with the RAF, had lasted only a week. A medical examination had shown up a shadow on his lung.

I worked as a general news reporter at the Sunderland evening; Sunderland-born Bryan (pictured right) had arrived at the old Bridge Street office as a sub-editor from the Hartlepool Mail, the Echo’s sister paper and Bryan’s first employer.

After I joined the Daily Herald’s reporting staff in Manchester, editor Frank Machin asked whether I could recommend a young sub. I didn’t hesitate to name Bryan whose headlines and turns of phrase became the talk of the offices of our rival papers as well as our own. I’ve never known a finer headline-writer.

No self-respecting reporter likes to have his stories altered, but we news-gatherers had to concede changes made by Bryan generally improved our efforts.

Bryan went on to join the Daily Mirror as a features sub. The great Bill Connor’s Cassandra column was occasionally polished by a Webster touch.

From the Mirror, Bryan joined the Daily Mail, soon to be a splash sub. A Sunderland fan all his life, his interest in sport as well as his all-round journalistic ability prompted the Mail to make him their Northern Sports Editor.

He was outstanding in the role and assembled a fine team of writers and subs. He persuaded me to be the Mail’s north-east sports reporter from 1963. I’d returned to my native area in 1956 to cover sport for the Herald.

Everyone got on so well that even though the Manchester office was closed in the 1980s we still have regular pre-Christmas reunions.

Bryan’s judgement contributed to one of my successes as a sports writer. When I suggested in my weekly off-beat column that former Newcastle United great Jackie Milburn should be granted a testimonial many a sports editor could have spiked the piece.

After all, Wor Jackie had left Newcastle ten years previously. Bryan, though, knew the depth of the north-east’s affection for the footballing hero. My article appeared.

The result was a fabulous testimonial night for Jackie on May 10 1967. The St. James’ Park crowd of 46,000 was the biggest for a north-east testimonial until those for Alan Shearer and Niall Quinn. Jackie was to tell me that because of my Daily Mail piece he could afford to be a house-owner for the first time.

One of my most treasured possessions is a silver salver with the inscription: “To Doug with everlasting gratitude for Your Journalistic Approach in Starting my Testimonial Match”.

There, too, in gold, is Jackie Milburn’s signature. When I look at this salver I’ll always think of the terrific journalist who could have spiked my story.