Mike Lee, one of the most high-profile communications specialists in world sport, has died at 61. 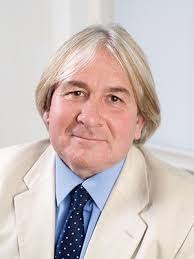 His family and VERO Communications, of which he was founder and chairman, announced that he died on Saturday after a heart attack. Lee founded the company in 2006 after helping London win host rights to the 2012 Olympic and Paralympic Games.

Lee was director of communications at UEFA from 2000 and 2004 under the presidency of Sweden’s Lennart Johansson. He was voted PR Professional of the Year in 2005, was awarded an OBE in that year’s New Year’s Honours list and published his book The Race for the 2012 Olympics a year later. He also ran the International Rugby Board’s successful campaign for rugby sevens’ inclusion in the Olympics and was married to former Millwall chairman and FA non-executive director Heather Rabbatts.

SJA co-chair Andy Elliott said: “I knew Mike for many years from his days at UEFA through to him becoming a pivotal figure in some of the major events in world sport. He was a big supporter of the SJA and sports journalists. It’s testament to the way he worked that there have been some heartfelt tributes from journalists whose job it was to report on Mike’s campaigns, which included the London Olympics and the Qatar World Cup.

“He was passionate about sport, a great communicator and storyteller and engaging company. We will all miss a true friend of the industry.”

A sad day. I took this photo in July 2011, sharing a pod on the London Eye with Mike Lee after recently getting to know him as I began my career in journalism. Over the following years, from Doha to Rio, Paris to Dubai, I knew Mike more and more and he always greeted me with great warmth, kindness and respect. Despite working in different spheres of the media, I am eternally grateful for the positive impact he had on my career allowing me the chance to report on some of the greatest stories and events of my journalistic life so far. He gave me great guidance when I asked it of him and was always approachable, extremely generous and never patronising. Outside of work he was just as charismatic and I feel grateful to have known him as a person, a friend, and not just a work colleague. On this day, he was pointing out his favourite spots of the capital and where different events of the 2012 Olympic Games would be that he had helped to secure for this country. He paused, then said: “This is my city.” Mike, you will be sorely missed and the legacy you leave behind is immense, along with countless fond memories. #RIP

A joint statement from the family and VERO said: “Mike passionately believed in the power of narrative and a campaign style approach to communications and this was evident in the many successful campaigns he helped to steer.

“These included bids for Paris 2024 and Rio 2016 Summer Games, Buenos Aires 2018 Youth Olympic Games, PyeongChang 2018 Winter Games, and the inclusion of rugby and surfing in the Olympic programme, as well as numerous presidential and brand-building campaigns.

He was a force in communications – always inspiring, challenging and innovative and leaves an indelible legacy in the world of sport

“Over the last 12 months, Mike took the conscious decision to step back from the day to day running of VERO to pursue other interests in his life including studying for a master’s degree and spending more time pursuing his love of cycling.

“Thanks to the legacy of Mike, and the strength of the senior team that has been at the core of the business over the past decade, VERO is well positioned for the future, with clients across the world of sport.”

VERO director John Zerafa said: “My fellow directors Clair Ashley, Sujit Jasani and I have been incredibly fortunate to have known and worked with Mike over many years.

“He was a force in communications – always inspiring, challenging and innovative and leaves an indelible legacy in the world of sport. He will be deeply missed by all those who have worked with him and been advised by him. On behalf of the entire VERO team, our thoughts are with Mike’s wife Heather, his son Alex and stepson Euan.”

He will be missed not only by sport executives at home and abroad but by a vast swathe of sports and news journalists who, down the years, have appreciated and relied on his insight, guidance and boundless enthusiasm for his causes.