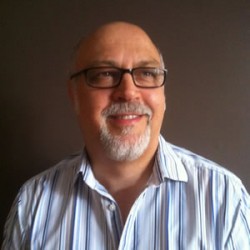 Well, that was the year that was! My first year as chairman was eventful, stressful, rewarding but ultimately most notable for a fabulous team effort in helping the SJA navigate some big challenges.

There is a lot more to be done as the association continues to grow and evolve. But if the commitment shown by the committee and other volunteers in the last 12 months is repeated, then we are in good hands.

One of our priorities was the relaunch of our website: thanks to a few people, but particularly Steven Downes and Janine Self, the SJA’s shiny new platform was dragged kicking and screaming into the public domain in time for the British Sports Awards. There is still a long way to go, but the new look and new membership system have given us the basis to provide a better service to our members.

Thanks to the sterling efforts of Anton Rippon, the Yearbook is now out and available in hard copy, but there is a debate to be had about whether members would prefer the information, particularly the members’ directory, only to be online.

On that score, membership continues to grow. Despite massive changes in the industry, sports journalists – perhaps even more so – still see a need for an association such as ours.

Our increasingly popular awards ceremonies again were the highlights of the year. The December awards, held at the Pavilion at the Tower of London, celebrated a fantastic year of sport in equally fantastic style.

The journalism awards – held at a new venue, the Westminster Park Plaza – saw a record entry of more than 500 and a record attendance. Both of those stats were a testament to support of the industry which again faced a tough year of budget constraints and job cuts. That the standard of entries was of the highest order just made the backing given to the event even more staggering.

Our thanks for making the awards a success go to Mary Fitzhenry, her sub-committee and the work of Start2Finish and particularly James Green who regularly has gone the extra mile for the SJA in the last year.

Much of our work would be rendered impossible without the support of The National Lottery – and we were delighted to announce a further three years backing from TNL, while Ladbrokes continued to show their support for the SJA by sponsoring our Football Writer of the Year award.

Ladbrokes’ support also extends to our raceday in their box at York. That again proved a brilliant day out and we are delighted to say it is happening again this year, on May 17.

Another challenge is promoting diversity within the SJA and the industry at large. We are fortunate to have four women on our committee who are all strong advocates for the cause of women in sports journalism. The SJA, represented by past chairman David Walker, also supported the launch of a new study, “Increasing positive and representative sports news about disabled people”, hosted by the English Federation of Disability Sport.

As we close the year, the SJA committee also says farewell to three stalwarts of the association. Randall Northam, former treasurer and a long-serving committee man, is standing down, along with former chairman Barry Newcombe, who has also been our representative at the AIPS, the global sports journalists’ association.

Steven Downes, after a marathon 11-year stint as secretary as well as managing our website, also called it a day. We salute all three of them and I am sure you will join me in expressing our gratitude for their commitment and diligence.

Nick Townsend, formerly of the Mail and Independent, picked up the secretary’s baton from Steven while Janine has been managing the website with the aim of handing over to a regular, part-time website administrator.

Janine has also proved the adage that women are better at multi-tasking as she has become the SJA representative on the BOA accreditation committee as well as attending the next AIPS Congress.

We have been fortunate to have members wanting to join the committee and co-opted last time out were Ashley Broadley, sports editor of PA, and Jim Mansell, Consultant Sports Editor of the Mail.

So it’s been quite a year – but there is little chance that the next 12 months will be any quieter. There is much more work to be done – developing our website; enhancing our jobs board; growing the membership; bringing in new sponsors; expanding our work in diversity; and, most importantly, finding out what more we can do for our members – and then delivering it. Here’s to it.