The 400-or-so lucky attendees at tomorrow night’s SJA British Sports Journalism Awards at the Grand Connaught Rooms in central London, as well as seeing the cream of our business collect awards for their outstanding work, will also pick up some valuable gifts of their own, potentially worth hundreds of pounds. 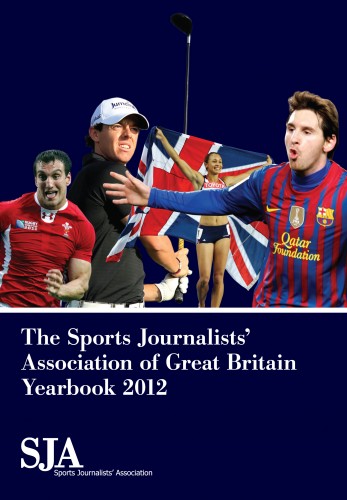 The night marks the official publication of the 2012 SJA Yearbook, copies of which will be available to all attendees at the British Sports Journalism Awards. SJA members not lucky enough to be at the award dinner will be sent their copies through the post in the coming days – provided that they have paid their 2012 subscriptions.

SJA partners BetVictor, the sponsors of the SJA/BetVictor Sports Betting Writer award, are generously providing all attendees on the night with a £25 free bet for new customers and a £175 “welcome bonus” to new Live Casino customers.

Guests will also receive a free SJA 2012 pin badge, to help mark the London Olympics this year, provided by Honav, the official pin badge suppliers to LOCOG, the 2012 Games organisers.

And anyone wanting to continue their celebrations into the small hours, the SJA has organised free entry and a complimentary drink at DSTRKT, a Piccadilly jazz bar.

If you want to view some of the short-listed images in the SJA British Sports Photography Awards, a public exhibition at the Grand Connaught Rooms is open from 4pm to 6pm. Full details here.

Those not able to make the exhibit can view some of the pictures online, by clicking here, courtesy of the Daily Mirror‘s website.