A weekly sports betting newspaper, based in Manchester, is to launch next month.

Called The Bet, the first edition is due out on the first day of the new football season – Saturday, August 18. 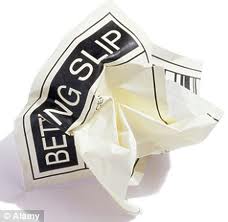 It will be a full-colour 56-page tabloid, priced at £1 and targeting the “recreational multi-sport gambler”. The publishers say it will be football-led but cover all televised sport.

The last sports-orientated paper to launch in this country was also a betting-focused title, The Sportsman, in 2006.

A daily rival to the Racing Post, it sought to specialise on football and cricket betting as well as other sports bests – rather than predominantly horse racing and greyhounds. The publishers went into administration within four months of launch, the title barely reaching half of its circulation target of 40,000.

The Bet‘s 10-strong editorial team  is to be headed by former Sun journalist Steve Mullen.  “We believe there is a very perceptible gap in the market for a specialist multi-sports betting title,” Mark Harris, the company’s MD, said.

With an initial print run of 95,000, The Bet is targeting a 25,000 weekly circulation in Britain and Ireland.