The sports desk could lose at least four long-established names in the latest round of job cuts at The Guardian.

Kevin McCarra, the paper’s former football correspondent, and rugby writer and sub Ian Malin, who has been with the paper for 25 years, are understood to be taking voluntary redundancy, while long-standing columnists Harry Pearson and Martin Kelner, the sport on TV columnist, are not being kept on. 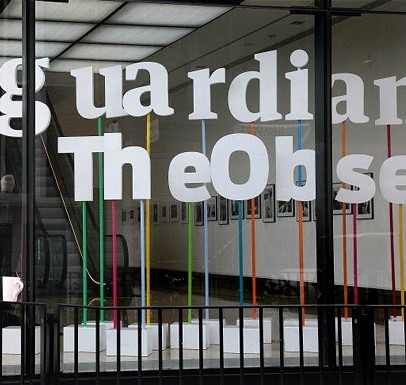 The management at Guardian News and Media held meetings with NUJ officials yesterday “to discuss ways to achieve the required budget and headcount reduction in the editorial department”, according to an official statement.

The proposed redundancies come as part of the Guardian’s latest attempts to reduce its editorial budget by £7 million, a 10 per cent cut, following the business reporting £44 million losses and suffering a rapidly declining circulation. across the daily paper and its Sunday stablemate, The Observer.

In total, the newspaper has cut about 200 jobs in both its editorial and commercial divisions in the past 12 months.

Management now wants to reduce the 650-strong staff by 100, and in an email to staff yesterday, they wrote that compulsory redundancies “can’t be ruled out”.

“GNM also discussed with the NUJ other possible measures to reduce the budget. These included: a pay freeze; reducing the use of casuals; encouraging part-time working; and changing terms and conditions, including reviewing the nine-day fortnight and sabbaticals,” a spokeswoman told sportsjournalists.co.uk.

“Of course, GNM hopes that we will be able to achieve the required savings without making compulsory redundancies, but because we recognise that they can’t be ruled out, we have today entered into a formal consultation period with the NUJ for a minimum of 90 days. During that time, we want to work constructively with the NUJ to achieve the savings by voluntary means if at all possible.”