Another newspaper has found itself banned by its local football club. 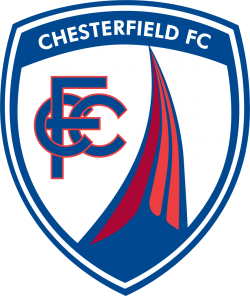 The Johnston Press weekly Derbyshire Times has been banned after it carried a series of stories about the financial affairs of a soccer school that is co-owned by the chief executive of League One club, Chesterfield.

The centre is a separate entity from the football club, but uses the Spireites’ logo and is based at CFC Village opposite the Proact Stadium.

The newspaper detailed the PPP’s £77,000 losses in their 2015 accounts and recent staff departures amid allegations of unpaid wages, as well as concerns for the welfare of young people on the programmes.

Earlier this week, Derbyshire County Council and the fire service both confirmed that they are looking into the welfare of young people at the Chesterfield FC Village.

This week the Derbyshire Times was told by Chesterfield FC that the football club will no longer agree to requests for interviews with players, management and other “key personnel” at the club. The club said it had received complaints from sponsors, commercial partners, suppliers and an educational provider who had been contacted by the newspaper.

Chesterfield claimed that for most of last season, no Derbyshire Times journalists attended games or pre-match press conferences and that officials were “disappointed” that the paper did not cover an event staged to announce a record sponsorship deal.

The paper responded: “The Derbyshire Times devotes several pages of column inches every week to coverage of the Spireites – our website also carries dozens of stories, interviews and columns.

“We do not set out to be either positive or negative, we simply intend to report on the Spireites fairly, accurately and without fear or favour.

“Having said that anyone reviewing the DT’s coverage will see the majority is overwhelmingly positive so we are disappointed the club has taken this stance. We have covered recent developments at the PPP – although that organisation is not part of the club – and we feel it was entirely legitimate to cover the issues raised.

“We hope the club will reconsider the ban, which we do not believe is in any way justified. Until that point we will continue to do our very best to give our army of readers informed Chesterfield FC coverage.”

The full statement from Chesterfield reads: “Following a breakdown in its relationship with the Derbyshire Times, the club is unfortunately no longer in a position to agree to requests from the newspaper for interviews with players, management and other key personnel.

“The newspaper’s coverage of matters relating to two organisations associated with the club – the Player Progression Pathway and International Academy – has had a destabilising effect on the club. Complaints have been received from sponsors, commercial partners, suppliers and an educational provider, who have all been contacted by the newspaper.

“Club officials have co-operated with the Derbyshire Times in recent weeks by answering numerous questions relating to the club’s association with both organisations. At the same time, the club’s media department has continued to facilitate regular access to players, management and other senior figures at the club.

“Attempts have been made by club officials to maintain a good working relationship with the newspaper, despite the fact that for most of last season, no Derbyshire Times journalists attended Chesterfield games or pre-match press conferences. Furthermore, club officials were disappointed to note that the newspaper failed to provide coverage of an event staged to announce a club-record sponsorship deal, which was attended by other media outlets, sponsors and invited guests.

“The club enjoys a harmonious relationships with various local, national and international media organisations and it is with regret that this step has had to be taken.”