Citizens of Sheffield – or at least those of you interested in football – all hope is not lost. Take to the streets and you may get your Green ’Un back. 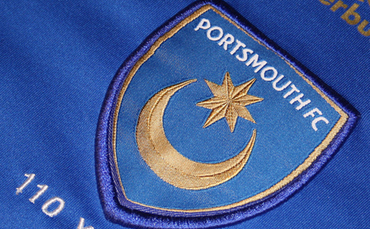 Well, don’t literally take to the streets, because sportsjournalists.co.uk does not want to encourage civil insurrection. But do make your feelings about the loss of your much-loved Saturday sports paper heard loud and clear.

Earlier this month we reported how Johnston Press had closed down the 106-year-old Green ’Un in favour of a relaunch online, “an exciting development” according to Sheffield Star editor Jeremy Clifford but not one that generated much excitement – just plenty of anger – among local sports fans and the paper’s current and former journalists alike.

Well, last autumn Johnston did a similar thing with the 109-year-old Portsmouth Sports Mail, which had a circulation of 3,000 copies.

At the time, managing director Karl Dimmock said: “Unfortunately, as we, and many other media providers, have improved their routes to readers – with the launch of websites, apps, video etc – the sale of the paper had been dwindling and it had reached a point where it was making a loss, one of the reasons we have decided to close the title mid-season.”

But apparently not every reader was happy to have their “routes” improved. Many, like football fans across Britain, wanted a local Saturday night sports paper. And it appears that, in Portsmouth at least, they have created enough fuss to make Johnston Press listen.

After what The News website described as “the outpouring of emotion from readers”, the 60p (45p if readers take out a 39-week subscription) 28-page sports weekly will return next Saturday, August 3, just in time for the new football season.

Supporters of cash-strapped Portsmouth FC will be pleased, especially since The News has come up with what may be a catchy marketing idea: promising to donate 10p from every sale to the Pompey Supporters’ Trust.

But the paper’s website also issues a warning: “We are asking all fans of the paper to go out and purchase copies on a weekly basis to ensure it can remain an important part of our area’s sporting scene. Without your support the future of the Sports Mail will be put back at risk.”

The improved Sports Mail will include, naturally, the Pompey match report, pictures and summary from that day’s game, an exclusive player column, an in-depth interview with a Portsmouth star, plus the latest stories from Fratton Park.

There will be a full-time round-up from that day’s Premier League and Football League matches and coverage of non-League football down to parks level. It sounds a cracking idea. Who knows? It could catch on. Now we are back up to three Saturday sports editions: Portsmouth, Sunderland, Southampton.

Are you listening Sheffield? Come on, make it four.