Peter Lansley leaves The Times on Wednesday after 13 years, the latest victim of the paper’s cost-cutting policy.

Lansley, Midlands football reporter since 2002, joined The Times in August 2000 after a stint with BBC Sport online, for whom he covered the 1998 World Cup and Euro 2000. 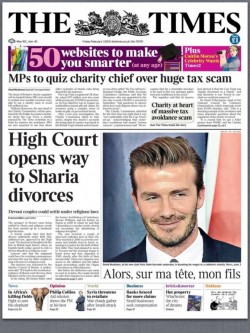 Recently, Lansley has carved a niche as an expert on grassroots football and coaching, as well as the women’s game. He was away at the men’s European under-21 championships when he was informed he was to be among the latest round of redundancies at the paper. As reported by sportsjournalists.co.uk, Ashling O’Connor, the paper’s sports news correspondent, has already left the title, and there may yet be others to leave the sports department.

Lansley started in journalism with the Bucks Free Press in 1990, via A Load of Bull fanzine and the Wolverhampton Wanderers matchday programme.

He followed Wycombe Wanderers into the big time with a switch to regular freelance reporting for the Daily Telegraph, with a short interlude at PA Sport, before joining the BBC in 1997. He also reported for The Independent, The Observer, the Daily Express and the Daily Mail during that time.

As well as covering Midlands football for The Times, Lansley has been to Euro 2012, four under-21 Euros, and four major women’s finals, including China 2007.

He has also written two books: Out of the Blue, the rise of Wycombe Wanderers under Martin O’Neill (1993); and Running with Wolves: Tales from the Old Gold and Black Country (Thomas Publications, 2003).