SJA member Gary Payne is leaving The Guardian sports desk, where he has worked for six years, to join the Telegraph as the deputy editor of its website. 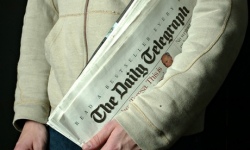 And across London at High Street Kensington, Matt Tench is returning to the sports desk, appointed effectively as sports editor of the Sunday paper and i.

Tench took redundancy from the titles in 2009, when he was the papers’ head of sport. He had been on the sports desk at The Independent at its launch in 1986, but has since worked as an acclaimed editor of the much-missed Observer Sport Monthly as well as at the Sunday Times, as deputy sports editor and later as editor of the Focus section.

Tench’s latest appointment follows the sudden departure in the autumn of Mike Dunn, the former sports editor who had only joined in the summer.

Payne moved to the Guardian’s King’s Cross offices in 2009 after five years working as a football and rugby writer at The Sun, which he joined from their graduate trainee scheme. Guardian News Media has this week advertised for a deputy sports news editor.

At the Telegraph, Payne will be re-united with two former colleagues from the Guardian: Mike Adamson, recently promoted to be editor of telegraph.co.uk after being the site’s sports editor, and Ben Clissitt, the former head of sport who has stayed on at Victoria in an executive role, rather than take a post as director of digital content at Bloomberg.