The Manchester Evening News has promoted two staff members to fill the key sports posts of Manchester United editor and Manchester City editor for the paper and its associated digital platforms.

Paul Handler, a sports content specialist on the digital team, will become Manchester City editor while sports writer Rob Dawson will be Manchester United editor on the Trinity Mirror-owned regional. 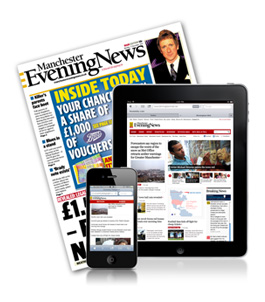 According to HoldTheFrontPage.com, the job ads were among the most-viewed articles they had ever published. Handler and Dawson will “work closely with associate editor Paul Coates and the existing football writers covering the clubs, Stuart Mathieson (United) and Stuart Brennan (City)”.

It seems clear from the language used by management, that the appointments are very much geared to digital “audiences”, rather than newspaper “readers”.

“I am certain that Rob and Paul and their teams of top-notch writers will continue our rapid audience growth and ensure that Red and Blue fans will be guaranteed an unrivalled service of news, analysis and opinion,” said Rob Irvine, the MEN editor.