Clichés are to be avoided like the plague, according to one newspaper style book. And now someone has compiled a book full of them. By STEVEN DOWNES

All newspapers have their own style guides, some sports desks even have their own specialist versions. Maintained painstakingly by furrow-browed chief subs, they can include preferred spellings, grammatical forms to be avoided and banned words. Some of the wittier pedants have have even found their style guides in such demand that they have themselves been published, for the advice and appreciation of students, scholars and teachers. 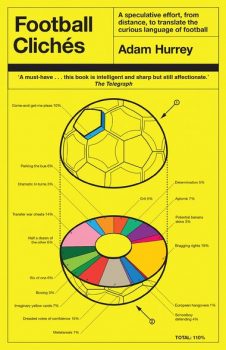 Among some of the stricter strictures issued as journalistic standing orders in style guides have been: “Major: only to be used in first reference with the military rank of a competitor (often in equestrian competitions). Never as an adjective to describe an event, which may be ‘large’ or ‘important’.” Or there was “Tourists: these come from overseas, and can be identified (if American) by their bright trousers and cameras hanging from their necks. They are not a visiting cricket team, which might otherwise be referred to as ‘the touring side’.”

On one Sunday newspaper, the subs desk used to run an annual sweep for who could spot the earliest attempted use (it was always thwarted, as a style book banned phrase) of “Christmas came early” in a match report.

And one particularly heinous journalistic crime, which tends to go unpunished among broadcasters, but which was on the banned list at a national newspaper was: “New record (as in ‘He set a new world record’). Banned for being entirely redundant. Who ever set an old world record?”

There must be legions (is “legions” allowed? I’ve forgotten; maybe that should be “many”) of other examples, which hopefully the SJA’s loyal readership will submit, either by email or as comments to this article.

It seems, though, that every sports desk’s style guide will need to have a supplement, in the form of Football Clichés, by Adam Hurrey.

Hurrey has clearly been poring over the sports pages with a very critical eye.

As he explained in The Guardian this week, “While breathless broadcasting is responsible for the more questionable and ham-fisted football clichés, the printed word is where the more refined part of the football vernacular has slowly been allowed to mature over generations. Millions of match reports have had to find a variety of ways to describe goals, horror tackles and emphatic victories. However, just as a co-commentator must hurriedly cobble together a coherent sentence, newspaper editors have to work within strict limits on their back pages. Economy of space has promoted the use of certain words that are ubiquitous in tabloid headlines in particular, but which you could never say out loud with a straight face (unless you’re a Sky Sports News presenter).”

And he provides some examples:

Axe: The most excruciating wait to be put out of one’s misery is when a beleaguered manager (or boss, for these purposes) faces the axe. In the interests of pedantry, it should be emphasised that managers are never ultimately hit by the axe, they are simply axed. It can also be used to describe players being dropped from the squad – not only are they axed, but they are also frozen out. It’s a cruel world.

Bid: Normally associated with proposed transfer deals, bid can also appear as a synonym for a team’s efforts to achieve a season-long goal (such as the league title), but without quite the focused determination of a vow.

Blow: A disappointing event, invariably associated with injuries. The hammer blow, however, is exclusive to title bids.

Boost: The polar opposite of a blow.

Dent: A type of blow, but one that only affects a bid or someone’s hopes and rarely terminal (unlike, say, a hammer blow or a derailing).

Jibe: The traditionally sneaky opening move in a bout of mind games, which can escalate to a war of words.

Rap: A cult favourite, this diminutive word is far catchier than ‘disciplinary proceedings’. An FA probe inevitably leads to an FA rap, two headline-friendly terms that cannot help but conjure up images rather different to their intended meaning. Such disciplinary proceedings attempt to bring closure to an ongoing row of some sort, be it a mere war of words or a full-blown, I’d-rather-be-punched-in-the-face spit-spat. Even the most serious issues such as race rows are effectively trivialised for the purposes of alliteration.

Vow: Nobody in football promises to do anything, they always vow – silencing the boo-boys is a common vow, as is a player’s repaying of a manager’s faith.

And on they go.

If you think your sports desk’s style guide needs Hurrey’s help, you can order a copy of his book here.