The Liverpool Echo‘s award-winning Everton football writer has produced the sort of book about the life of a sports journalist which, according to ANTON RIPPON, will probably never be possible to write again

I first met Ken Rogers back in the early 1980s, when he was chief football writer for the Liverpool Echo and I was freelancing for the Sunday Telegraph. A postcard – a bit like those “you have been selected to play” missives from your local Sunday League team back in the day – directed me to the Victoria Ground where Everton were playing Stoke City. 300 words and teams on the final whistle, if memory serves.

Considering it was a fleeting meeting, we got on well. Ken is one of those people in whose company you don’t need to spend long before you feel that you’ve known him a lifetime. It must be something to do with him being a Scouser. Every time we met in a press room after that, dapper Ken – I always think of him as being dapper – sought me out and we had a yarn.

Later on, after I’d hung up my freelance boots to concentrate on building up sports publishers Breedon Books, I thought of Ken when I wanted titles on Everton, which is his club. He also ghosted the biography of Liverpool hardman Tommy Smith for me.

Eventually, I sold Breedon and lost touch with Ken, who by then had been appointed managing director of Trinity Mirror’s Sport Media Division, having stepped up from the role of its executive editor. In the 1990s, he was the Echo’s sports editor. In 2001, he was named Northern Sports Journalist of the Year.

I last saw Ken about 10 years ago when he gave me a lift from Goodison Park back to Lime Street. ”How did you become a journalist?” I asked him.

“Well, it was either that or work in a shipping office,” he replied.

He told me that he’d played all his early football in Stanley Park, the original home of St Domingo FC, and then Everton. An Everton fan since he can remember, he finally got to play at Goodison Park when he was 43, in a game prior to Andy King’s benefit match.

Ken has now produced Born Not Manufactured, a book which charts his 45 years largely spent following the fortunes of Everton  for the Echo, which has been serialising extracts following the book’s release.

In one extract Ken, writes: “Back in the 1980s, when I was covering Everton and Liverpool, your newspaper didn’t just hope you might get most or all of the big stories. They expected and demanded it.

“When you lost out to a journalist on a rival title, it was as if you had stabbed your own organisation in the back. There was never any point trying to explain to an exasperated editor how it might have happened. It was as if you had let everyone down, like scoring an own goal in a derby match or a World Cup final.

“You could argue as much as you liked that it was circumstantial and a matter of timing, perhaps due to a surprise announcement by the other club involved, be it an in or out transfer. But that simply didn’t wash. In my case at the Liverpool Echo, I was expected to have an infallible network of contacts with other evening newspaper journalists across the UK and there could be no excuses if I missed out, at least none that an office-based editor who didn’t have to work the training grounds or the corridors of power could understand or wanted to understand.

“It didn’t matter that, in my case, I was one evening newspaper journalist against five vastly experienced national reporters. These guys knew what they were doing and operated as a cartel to ensure they had the best possible chance of cornering the market. They even called themselves ‘The Mafia’!”

Ken recalled how he received a call from a newsagent, who claimed to have seen Andy Gray buying a newspaper opposite Everton’s Goodison Park ground. After failing to get hold of manager Howard Kendall, he asked chief executive Jim Greenwood to question whether Gray was signing. 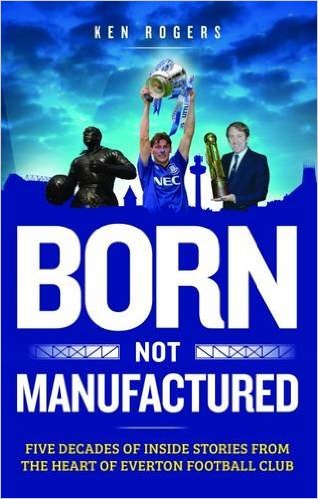 “The phone went silent for a few seconds. I instinctively knew that Jim had Howard in his office, ready to sign the transfer document. Jim was the master of telling me something without actually saying it. ‘Give me 10 minutes,’ he said, ‘and do not write anything until Howard rings you back’.

“I knew it was on, but didn’t have time to kick my heels with the deadline looming. I immediately sent a request to our newspaper library for the press cuttings on Gray, plus his photo bags. I also alerted the sports desk and put in a back-up call to my opposite number at the Birmingham Post and Mail.

“By the time Howard rang me back to confirm the deal was about to be done, I had a full story written, plus a backgrounder on Andy who had made a big name for himself, first in Scotland with Dundee United and then with Aston Villa and Wolverhampton Wanderers, who had just accepted Howard’s £250,000 offer.”

For years Ken spent almost every day at the Bellefield training ground to gain a unique insight into stories that are now part of club folklore. He secured some of the biggest exclusives about transfers and even the sale of the club, but he also witnessed the ups, the downs, and the inside battling that encapsulates the cut-throat nature of top-flight football. He travelled on the team bus during pre-season tours, and became a trusted confidante of players and managers.

There will probably never be another Everton Football Club book like this, because no outsider will ever again get an Access All Areas pass to go behind the scenes.