SJA members have offered their advice on overcoming practical problems for filing from sports stadiums, reminding ANTON RIPPON of the cub scout motto: ‘Be prepared’

Stop complaining and get out your dongle – that’s the practical message we received from SJA members after we asked for your experiences, and your solutions, to the problem of flaky wifi in the press box at sports events. 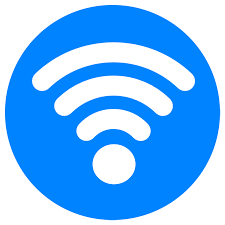 Last month we related the story of Mark Eklid, the Derby Telegraph cricket writer who became so fed-up with trying to file his copy from the County Ground in Derby that after he eventually succeeded he tweeted about the “crap” wifi signal provided.

The response from fellow sufferers has been interesting, and iffy wifi is a wide ranging issue. Simon Stacpoole, a photographer based in Cheshire, summed up the plight of many: “Generally, I find the wifi facilities offered to the media –photographers, in particular – across mainland Europe are far better and far more reliable than those offered to us at stadiums around the UK. From my own experience, however, this problem extends way beyond sports journalism; it’s a problem throughout the country as a whole.

“There are few places you can travel to on the continent where fast, reliable and affordable – often free – wifi isn’t available – which is a godsend when you consider roaming costs. The same, however, can’t be said for our own country, where we all know it costs an arm and a leg just to check your emails.

“As far as sports grounds go, they’re a mixed bag. I work predominantly in and around the north-west where most grounds I visit tend to offer something in terms of wifi, but few have a connection that can be sustained at full speed for an entire football match. Most networks tend to struggle at half-time, too, as the thousands of fans located right around the ground switch on their phones and also start hunting for data signals.

“The pictures I send out tend to come in at about 1.5MB – not big, in the grand scheme of things, but certainly big enough to struggle over a congested network. When a goal’s been scored, or an incident takes place and you need to transmit those pictures quickly, this can prove a real problem. Add to the mix some rather inclement weather and therein lies a painful, enthusiasm-sapping experience.

“Struggling to send a hugely newsworthy picture over an unreliable wifi network when the rain is beating down on you and your equipment makes for an unhappy snapper,” Stacpoole said.

“But I honestly couldn’t pick out one stadium that is worse than another; they all have their ups and downs. Suffice to say, though, that very few grounds around the country offer what we need in this day and age. It’s certainly an issue that must be addressed.”

Wembley Stadium has proved difficult for some. Angle Media complained about “woeful wifi” and “a ruling that allowed just 10 minutes to write 800 words after a Trophy final”.

The problem for those working in the press box in the national stadium lies with the various ceremonies which often accompany games played there. “The rule states that the stadium closes 80/90 minutes after the final whistle. Doesn’t take into account presentations or pressers.” The FA told us that the media is allowed two and a half hours after an event; on this particular occasion, the manager of the losing team took two hours to emerge.

Meanwhile, freelancer Liam Power said: “I had no wifi for the entire 2014 FA Cup final. It was a nightmare.”

There was a technical problem that day which impacted on a lot of people but it appears to have been a one-off. The FA’s head of media, Scott Field, told sportsjournalists.co.uk: “We have vastly improved wifi at Wembley Stadium in both of our press boxes and photographers areas, where we regularly accommodate over 500 working journalists at a time. We have on site IT support present and visible at every event and as well as providing wifi we also provide hard wired connections to every desk for those that would rather use this method of connecting.”

Non-league football can be particularly challenging. John Pakey, sports editor of Lincolnshire Media, told sportsjournalists.co.uk: “Working in the Football Conference and lower reaches, I now accept that some clubs will not have wifi. In fact some don’t even have a desk for me on which to put my laptop, and often you just cross your fingers and hope that you can get a plug socket. So you go prepared and when you do get wifi, or a desk, or power, it is usually a nice surprise.

“What was infuriating last season was the away trip to Dover Athletic, who had wifi, but refused to let any members of the press connect to it. That said, Dover’s approach to the press has not been great. Their convoluted registration and barcode scanning is not just ineffective it is pretentious. And was there a member of staff on hand to help? Nope. I feel if your club is in a national football set-up then wifi should be a provision to the press, along with a power socket and a desk.”

Freelancer Andy Lloyd-Williams agreed: “At Wycombe a few years back I didn’t even have a 3G signal, so I had to phone over my copy.”

Back in the Football League, covering Brighton and Hove Albion from their new stadium seems to offer its own problems. Robert Dunford, a stringer with the Wardle Whittle Agency, said: “It’s even worse when not only do you fail to get a wifi signal but a 4G dongle signal as well, which often happens to me at the Amex.”

Rugby writer John Davidson says that poor wifi is a big problem in Super League, while Alexander Hannah, press and media manager at Macclesfield RFC, described it as “non-existent” at English National 1 and National 2 clubs.

But it isn’t all bad news. Freelancer Mike Martin said that Tottenham Hotspur had full wifi installed more than 10 years ago and “it has always worked for me, never had any problems”.

Cumbrian Newspapers’ Jon Colman, routinely the winner of the SJA’s Regional Sports Writer of the Year award, isn’t too worried, either: “In all truth, I’m struggling to think of too many blackspots, although that may be because within seconds of finding a stadium wifi to be rubbish I’m used to plugging in a dongle and praying.”

Indeed, dongles seem to be the answer. Cricket writer Marcus Hook said: “I always take my dongle with me, I’ll never see back what it cost me but it makes my job just that little bit easier.” Hook looks after the website of the Cricket Writers’ Club, so he ought to know.

Matthew Gooding, who writes on innovation and technology for the Cambridge News, tweeted: ”Loads of sports journos on my timeline moaning about the lack of wifi at stadiums – just use your phone or dongle.”

Photographer Marc Atkins backs this up: “For the most part true but turning up with the intention to file copy and relying on club wifi is foolish. Time to invest in a dongle? Wifi alone at clubs can’t be relied upon. Mobile networks, while not perfect, provide an alternative. It’s a rare occasion when I can’t file.”

Via Twitter, Propaganda-Photo, a sports photo agency based in Liverpool, told us: “Football clubs in this country are lazy and access, connectivity, parking and refreshments lag behind Europe and the United States.”

So let us end on a happy note. Paris-based photographer Dave Winter had a positive experience that came out of a wifi cock-up: “It’s the 2007 Rugby World Cup final. As well as working for a local photo agency, I’m also speccing for one in the UK. The Stade de France is without doubt one of the worst places in the world to work. Not only is the lighting appalling, the wifi is about as reliable as the French rugby team (very occasionally brilliant, but usually hugely disappointing).

“And with an 80,000 full house, you can forget about getting onto a 3G network. A brand new wifi system for the photographers had been installed for the Rugby World Cup, but it was no more reliable than what had gone before; your neighbour could be sending out stuff at a rate of 10 seconds per photo whilst you’d be considering smashing your laptop to smithereens because you couldn’t even see the signal, let alone connect to it.

“Just before half-time, I took a rather nice photo of Jonny Wilkinson, hands on hips, looking up at the giant screen. He seemed to have tears in his eyes, but given that the game was nicely poised, I like to think that his near-tears were for us photographers struggling to get any photos out. However, I thought it would make a good frame to illustrate England’s disappointment if they lost the game, so at half-time it was one of the photos that I downloaded on to my laptop and started to transmit back to England.

“The wifi in the stadium was struggling so much that it took the entire 40 minutes of the second half just to transmit this one photo. Approximately 30 seconds before the ref blew the final whistle to signal South Africa as world champions – and Wilkinson’s England as runners-up – the photo popped into an inbox somewhere in Yorkshire. It was immediately turned round and was thus the first ‘England disappointment’ photo that arrived on the desks of the British Sunday papers! The Sunday Telegraph and The Observer both used it across their front pages, while the Mail on Sunday used it on the front of their sports section. And thus I got three good ‘shows’ – all thanks to the Stade de France’s appalling wifi.”