When Nick Rippington walked into the Wapping office of the News of the World on a Thursday morning, there was always one colleague who would ask him, in a strong London accent: “What’s goin’ on in Wales, then Rippers?” 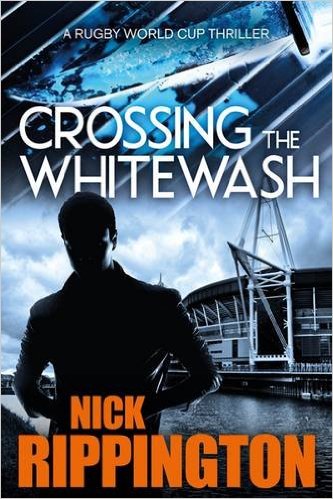 Rippington was the paper’s Welsh sports editor before it was closed down in the wake of the phone-hacking scandal. Usually, after the routine question had been posed, and often when Rippington was in mid-sentence, describing the latest fortunes of the nation’s rugby team or one of its football clubs, the colleague would mutter: “No one’s interested,” and walk off.

It made Rippington smile, and it also inspired him to write his first novel.

“It gave me the germ of an idea about how a dyed-in-the-wool London geezer with no idea about what goes on in Wales would handle being transplanted to the valleys, and it developed from there,” he told the South Wales Evening Post, where he was deputy sports editor before going on to a career with the nationals.

The result is Crossing The Whitewash, a suspense thriller described as “gangland London colliding with rugby-crazy Wales against the backdrop of the Rugby World Cup”, with the main character loosely based on a “hard-nosed Cockney hack”.

Rippington, who now blogs for the Bristol Post, said: “It’s amazing to think four years have passed since the News of the World closed its doors.

“I’d moved from Wales to work for the News of the World because it was my dream job and I really wanted to test myself.

“Then Rupert Murdoch closed down the paper while I was on holiday and what followed was a bit like a spy novel in itself.

“I wasn’t allowed back into the building and had to meet a former colleague of mine in a car park in Wapping in order to pick up my possessions.”

In the book, football prodigy Gary Marshall and his best friend, Arnie Dolan, spend their teen years battling adversity and local gangs on a tough London council estate. Then a series of events occur which have life-changing consequences for both of them, forcing them apart. Eight years later Arnie is keen to hook up again with his old mate and impart a secret he has kept hidden all his life. So why is Gary living in a different country under a false name? And why does he prefer that the past remains in the past?

As the biggest event in world rugby approaches, the mysteries begin to unravel, building to a “shocking climax” at the Millennium Stadium … Welsh icon The Legend is dead – and it looks like murder. It’s the perfect scoop for Cockney sports reporter Gareth Prince in his new job in Cardiff.