Glasgow has been selected as the host city for the 2015 world artistic gymnastic championships, bringing the event to Scotland for the first time. 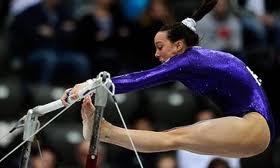 The decision by the Federation of International Gymnastics (FIG) follows a joint bid between British Gymnastics, Glasgow City Council, EventScotland and UK Sport. Glasgow beat off tough competition from Paris and Orlando to win the right to host the prestigious event.

The championships will be held in the £120 million 12,500-seat Scottish National Arena under construction at the SECC. The arena opens in 2013 and will play host to the gymnastics and netball competitions at the Glasgow 2014 Commonwealth Games.

Glasgow has a longstanding relationship with gymnastics, staging its first ever Grand Prix event in 1997. Last month it hosted the newly revamped FIG World Cup for the first time in front of a capacity crowd in the Kelvin Hall International Sports Arena. Glasgow is one of only four cities in the world to host the World Cup.

The 2015 world championships will be one of the largest sporting events ever to be held in Glasgow, with an estimated 525 gymnasts from 80 countries taking part in 10 days of competition. The event will result in £5 million direct economic benefit to Scotland’s economy.

Liz Nicholl, chief executive officer of UK Sport, said: “It is fantastic that we are able to confirm the 2015 gymnastics world championships as one of the showcase world championships the UK is set to host beyond 2012. In securing this event and the 2015 canoe slalom world championships, we have made a great start towards using the catalyst of both the London 2012 and Glasgow 2014 Games to position the UK as a world leading host nation.

“The bid we presented with British Gymnastics, Glasgow City Council and EventScotland was comprehensive and we look forward to continuing our partnership to deliver this exciting event, which will provide a wonderful legacy for the Commonwealth Games venue in Glasgow, platform to promote the sport and a valuable opportunity for British gymnasts to compete at home during qualification for the Rio 2016 Olympic Games.”

British Gymnastics chief executive Jane Allen said:: “We are delighted that Glasgow has been selected to host the 2015 world artistic gymnastics championships. As the qualification event for the 2016 Olympic Games we are sure that all British gymnasts will benefit hugely from the terrific home-crowd support that we have become accustomed to receiving in the city.

“The bid process saw sport and government working seamlessly to provide a superb package for competitors, officials and fans alike and we now all look forward to continuing our work together in order to provide a fantastic experience for everyone involved in Glasgow 2015.”

Minister for Sport and the Olympics, Hugh Robertson said: “I am delighted that Glasgow has been chosen to host the world championships in 2015. We have worked very hard with the International Federation, particularly at Sport Accord, to bring the championships to Scotland and I know that Glasgow’s passion for sport, fantastic facilities and warm welcome will make these a championship to remember. I would like to congratulate all those who have put in a tremendous amount of hard work for this successful bid for Glasgow.”

The 2015 world artistic gymnastic championships will be delivered in partnership between British Gymnastics and Glasgow Life on behalf of Glasgow City Council with financial support from UK Sport and EventScotland.