ERIC BROWN was reporting for a national agency on that dreadful, fateful day at Hillsborough in April 1989. Here, he reviews a book which has put together first-hand accounts which offer some answers to what led to the worst tragedy in British sporting history

Saturday April 15, 1989, began with cloudless blue skies and sunshine but by evening the date had become synonymous with the darkest day in British sporting history. 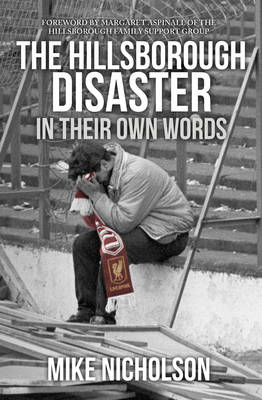 Nearly 100 supporters died at an English football ground which lost its name to tragedy. For so many, Hillsborough is no longer the home of Sheffield Wednesday Football Club but simply the site of football’s greatest disaster.

The facts are now well-known: 96 Liverpool fans died of injuries and asphyxiation after a devastating crush on the Leppings Lane terrace during an FA Cup semi-final between Liverpool and Nottingham Forest.

But behind the stark facts is a truly shocking tale of lies, deceit, conspiracy and inefficiency.

Within minutes of the first fatalities being confirmed in the hopelessly overcrowded Leppings Lane end, a conspiracy to blame fans began as authorities scrambled to protect themselves. Police match commander David Duckenfield told FA chief Graham Kelly that Liverpool fans arriving late had broken down a gate and poured in, causing the crush behind Bruce Grobbelaar’s goal that resulted in many of the deaths.

I was working as a national sports agency reporter at the match and recall Kelly passing this on. The news was then flashed around the world. In fact, Duckenfield had ordered the gate opened without taking precautions to stop new arrivals joining the already crowded central pens.

Yet this was just the first indignity suffered by fans who were then accused of arriving at Hillsborough drunk and ticketless.

Many years passed before Duckenfield, promoted to Chief Superintendent just weeks before supervising his first big match at Hillsborough, finally admitted being out of his depth.

In The Hillsborough Disaster In Their Own Words for the first time are compiled detailed accounts of events before, during and after the tragedy gathered by TV documentary maker Mike Nicholson from the survivors and families of the bereaved. These harrowing narratives are not for the fainthearted.

As one lucky man who got out said: “I regret not staying to help but I ran away and I’ve been running ever since.”

The sheer incompetence, ignorance and indifference displayed by the Football Association, Sheffield Wednesday and South Yorkshire police still have the power to make hackles rise and blood boil. Why did the FA choose Wednesday’s old-fashioned ground with its inadequate turnstiles, absent signage and rusting and crumbling crush barriers for such a match in the first place?

Why did they ignore written warnings about crushing at previous Hillsborough semi-finals and injuries to fans in a previous semi ther ? Why did Wednesday not have a valid, up to date ground safety certificate?

And why did South Yorkshire police’s command structure collapse on the day? Why did no one issue the code word “Catastrophe” which would have indicated a major loss of life incident and triggered an appropriate response?

This excellent book offers some hints towards the answers. Anyone present on the day will have retained their own powerful memories. My own include watching several police officers climbing on the outside of the perimeter fence at the Leppings Lane end and pointing uselessly down into the crowd where people were being crushed to death. None of them were trying to assist fans with enough breath left to climb over to safety.

Then there was the lad who tried to escape by climbing up the inside of the fence to the pitch. He was spotted by a burly policeman who drew his truncheon and smashed it down hard on the lad’s hands several times until he let go and dropped back into the maelstrom below. I have wondered ever since if that lad survived.

Who on Earth summoned police dog handlers onto the pitch and why? What was the purpose of bringing in police reinforcements only to line them up across the centre of the pitch? Around 50 police stood like statues as though afraid to muddy their sparkly boots while chaos and mayhem ensued around them.

Instead of yapping dogs and idle policemen, medical help was desperately needed. Yet only a couple of ambulances made it on to the pitch as fans were largely left to help each other where they could.

Up in the Press Box, reporters from the local Sheffield agency refused requests to visit the Hillsborough gymnasium and check on the numbers of dead, insisting they were only there to cover the football. If they had gone to the gym they might have run into the fan who recalls in the book being distracted from his awful task of trying to identify a body only by the clunk of small change being counted on a table by oblivious snack bar staff.

The conspiracy against fans continued with an allegation that bodies were robbed and drunks urinated on corpses. A disgraceful lie unfortunately taken up by a local news agency and turned into a national red-top front page story. Not Fleet Street’s finest hour.

As we know, apologies have belatedly been offered by the three main bodies involved and at last a verdict of unlawful deaths now recorded. But justice for the 96 will not truly be achieved until some of those responsible are held to account.

In the meantime, we have the powerful testimony of those most closely involved to lift a veil on the full horror that was Hillsborough on April 15, 1989.