The 1980s will be remembered as a decade of violence, disaster and confrontation. The Falklands War, the Hungerford Massacre, the Miners’ Strike, riots in Toxteth and Brixton, and an IRA attempt to blow up Margaret Thatcher’s Cabinet in Brighton, all dominated the news. 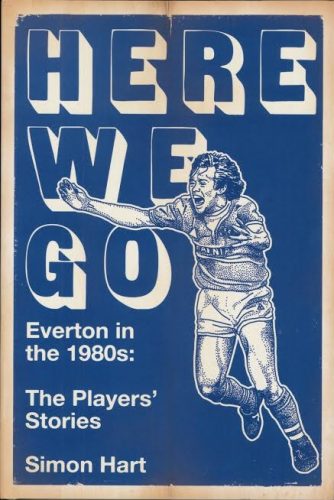 Football had its share of tragedies during that decade, too: the Bradford fire, and disasters at Heysel and Hillsborough.

Yet those tarnished years will also be recalled as a golden period in the history of Everton Football Club. A period never surpassed at Goodison before or since.

Everton were League champions twice, made 10 Wembley visits in five years, landed their first European trophy, reached three successive FA Cup finals and put their rivals across the city in the shade.

The man who made it all possible was Howard Kendall, the manager who came within a whisker of being sacked after an uncertain start but survived to assemble the club’s greatest side since he had been a member of Everton’s “Holy Trinity” midfield with Colin Harvey and Alan Ball in the 1970s.

Kendall took incredible risks. Andy Gray had been written off by many because of his dodgy knees while Peter Reid had also spent much of his career on the treatment table. Paul Power was 32 and had won nothing at Manchester City. Yet Kendall signed them all and they became vital components of Everton’s 1985 and 1987 championship-winning campaigns.

There are even some neutrals who can still reel off the supercharged Everton team that rampaged through the 1980’s coming within a single goal of a coveted League, European and FA Cup treble: Southall, Stevens, Mountfield, Ratcliffe, Van den Hauwe, Steven, Reid, Bracewell, Sheedy, Sharp, Gray.

With his book Here We Go, Toffees fan Simon Hart, who has worked as a sportswriter for The Independent and Independent on Sunday, turns the clock back to the 1980s with a lively series of interviews involving central figures from Everton’s greatest glory days.

Hart set out not just to focus on the Everton icons but to tease out some of the lesser-known stories and anecdotes from the guys who provided back-up to the stars. So among the 12 players featured are stalwart Mike Lyons, who won nothing, Mark Higgins, whose career was cut short by injuries and stand-in striker Paul Wilkinson alongside Kevin Ratcliffe, Gary Lineker and Neville Southall.

The book works well as they all have tales to tell of the period when boozy sessions among players were not only encouraged but obligatory, with fines for those who persistently missed the 1980s’ version of bonding excursions.

Anecdotes overflow like the glasses on those tippling trips. The culprit who deposited a turd in John Bailey’s washbag confesses to his dastardly deed.

Lyons admits being the scribbler who chalked HE on the sole of one of Andy King’s shoes and LP on the other, reducing the entire church congregation to helpless laughter as King knelt in front of the altar at his wedding.

Practical joker John Bailey informed a Japanese interpreter on one Everton tour that the best way to impress club directors was telling them to “Fuck off” every morning. Which he did until someone gently put him wise.

Paul Power recalls an incident when Mike Lyons asked the club doctor what sort of telescope he should buy for his son. The Doc said: “Do you want an astronomical one?”

Lyons replied: “I don’t want to pay too much.”

This is not just a book of jokes, though.

There is plenty of room for the more serious side of life with Everton in the 1980s.

It’s never better illustrated than in a revealing chat with Colin Harvey, the magical midfielder and superb coach who presided over Everton’s decline as the 1990s beckoned. Harvey was summoned from a caravan holiday to succeed Howard Kendall when he departed Goodison for the Spanish peseta.

Harvey admits how he struggled with the many demands of his managerial role and could not keep Everton’s finest players from also seeking pastures new. The ban on English clubs in European football meant key men like Gary Stevens, Trevor Steven and Adrian Heath moved abroad.

Simon Hart has succeeded in producing a book which will not only be a classic addition to any Everton fan’s library, but will also appeal to followers of other leading clubs who crossed their path in the 1980s.