We first meet Clive Brittain in the moonlit yard at Carlburg Stables on Bury Road in Newmarket. 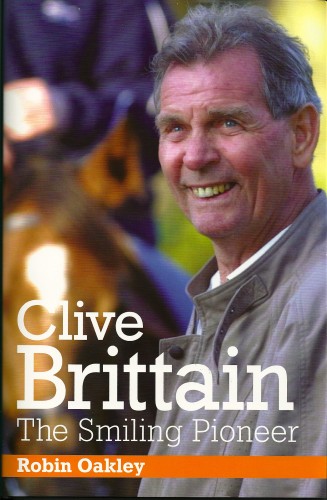 Everyone else has long since departed and the trainer is making his last round, checking that his charges are happy and well. Unlike many trainers, though, he isn’t feeling their legs. “Sir Noel Murless always said: ‘Leave their bloody legs alone … if you keep pinching a tendon, you can bruise it.’” Instead, Brittain is dispensing Polo Mints.

At five o’clock the next morning, as the rest of the staff are arriving for another day’s work at one of the happiest of racing stables, Brittain is doing the Polo Mint run again as he tells us: “Never blame a horse for not knowing – blame yourself for not knowing enough.”

You see, the Polo Mint run isn’t just a treat. Like everything else at Clive Brittain’s stable, it has a purpose – to help breed confidence and familiarity, so that when the horses are asked to co-operate, they trust the person doing the asking.

The cheerful exchanges with the lads and lasses have a purpose, too. It is dreadfully early in the morning and the riders must be relaxed. Horses, intensely sensitive to mood, co-operate better with a relaxed rider on their back.

It is the thoughtful, kind, always cheerful nature of Brittain – “always call me Clive” – that runs throughout Clive Brittain – The Smiling Pioneer, written by a former political editor of The Times, BBC and CNN. Robin Oakley also has a deep love of the Turf. For the past 15 years he has written the Turf column in The Spectator as well as covering racing for the Financial Times. He has also written several other books on the sport, including Valley of the Racehorse which chronicles a year in the life of the Berkshire training centre, Lambourn; a history of the Cheltenham Festival; and a biography of trainer Barry Hills.

Oakley’s latest subject is universally acknowledged as the nicest man in horseracing. This biography also gives him his proper place as a pioneer in many aspects of training and in taking his horses to perform in top overseas races.

This is probably why he was always given the rogues to handle after he joined Noel Murless, for whom he worked for 23 years as a stable lad before defying tradition and setting up his own stables from where he trained the winner of every British Classic save for the Derby.

There are some great anecdotes, such as how the brilliant but enigmatic Radetzky had to be ridden backwards all the way to the heath – and sometimes even to the start – but still won Group One races, including two Royal Ascot successes both in remarkable circumstances in the 1970s.

And how Clive’s remarkable attention to detail saw him take a horse’s water with it whenever it travelled abroad.

His sense of humour shines through, too. When he took Jupiter Island to Fuchu, he told a press conference that the horse was given Guinness and eggs in his food. One earnest Japanese lady journalist asked: “How do you feed the eggs? Scwambled?”

Clive mimed the breaking of eggs into a bowl. “No,” he said, “waw”.

The picture is of an ever-hopeful – “If you aren’t in it, you can’t win it” – man for whom innovation was everything and whose cup was always half full, never half empty. It is a lovely book about an apparently lovely man.