1966? In this 50th anniversary year of England winning the World Cup, it feels so long ago that it might as well have been 1066. 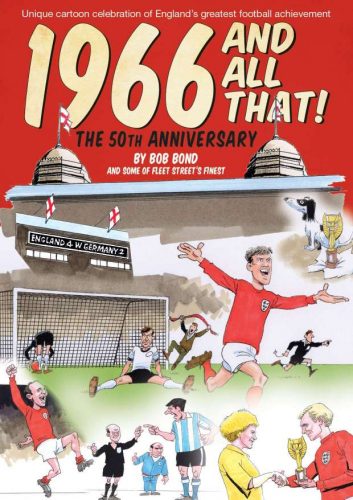 But a unique cartoon celebration of England’s greatest football achievement has just been published which endeavours to make the Swinging Sixties feel like only yesterday.

The book includes reports on every match from the tournament plus special insights into Alf Ramsey’s dilemma over Jimmy Greaves or Geoff Hurst; the systematic butchering of Pele, the world’s greatest player; the romance of North Korea beating the mighty Italians; and the full drama of the final and Hurst’s hat-trick.

Set against the backdrop of James Bond, E-types, Twiggy and the Beatles , cartoonist Bob Bond also recalls other fond sporting memories of the decade including Ali versus Henry Cooper; John Snow blitzing the West Indies; and George Best inspiring Manchester United to beating Benfica 4-1 in the European Cup final.