When John Goldsmith died in 1972, his passing went almost unnoticed. Goldsmith ought to have been one of the great heroes of the Second World War. But he was an unsung one; the phrase might have been coined especially for him. 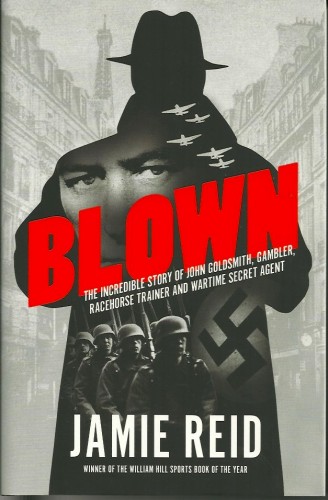 Consider an English racehorse trainer, born and brought up in Paris, whose fluency in French saw him recruited into the Special Operations Executive – the SOE – and dropped behind enemy lines on three occasions. However, but for a short autobiography published a few years before Goldsmith died, his story has never been celebrated … Until now.

Who could resist a book so titled?

Goldsmith was landed in France after crossing the Mediterranean by fishing boat, and he was parachuted-in by a single-engine Lysander. Then he did everything that a good secret agent should do. He joined the Maquis, organised the escape of a French general across the Pyrenees, escaped the Gestapo who couldn’t keep him in a locked hotel room overlooking the Rue de Rivoli in Paris, and, when it was all over, he was awarded the DSO, the MC, the Croix de Guerre and the Légion d’honneur.

After the war, Goldsmith was sent numerous French racehorses to train. Racing had continued in France during the war, under the patronage of the German military, and Goldsmith found the horses fitter and better fed than their English counterparts.

But once an adventurer always an adventurer … Goldsmith enjoyed the black market world of Britain’s post-war racetracks, and, in partnership with a high-stakes Mayfair bookie, he orchestrated some of the most outrageous betting coups in racing history.

Blown is a real page-turner as Reid, a regular columnist for the Financial Times’s colour supplement “How To Spend It”, brings to life John Goldsmith’s high adventure tale.

“Today his name is rarely mentioned with other great SOE heroes and heroines like Odette, Peter Churchill and George Starr,” Reid says. “It is an omission that sorely deserves to be redressed.”