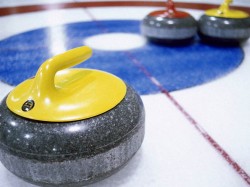 Full-time students, from around the world, are invited to submit entries for the development programme that offers invaluable experiences in journalism, photography and TV production at some of the WCF’s most high-profile events.

In season 2015-2016, the successful applicants will be immersed in the media operations of one of the fastest growing Olympic and Paralympic winter sports and will be given direction from WCF’s Communications and Media Relations team.

Applications are now being taken from students for eight positions. They are:

Entries are now open and must be submitted no later than 1pm on Tuesday October 20.