Always wanted to run in the Virgin Money London Marathon but never been lucky enough in the ballot? 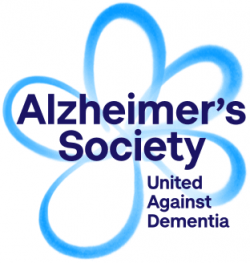 Dementia is set to be the 21st century’s biggest killer. Someone develops it every three minutes and it’s set to affect one  million by 2021.

Of the top ten causes of death, dementia is the only one we cannot prevent, cure or slow down

It has no respect for age. More than 40,000 people with dementia in the UK are under 65. It slowly strips you of your memory, relationships and connection to the world.

This is a condition which touches the lives of so many SJA members and also many sportsmen and women. Sir Geoff Hurst and Gordon Banks have been fund-raising ever since discovering that 1966 World Cup-winning team-mates Nobby Stiles,  Martin Peters and Ray Wilson all suffer.

Last year Daily Star sports sub-editor Keith Nancarrow ran his first marathon at the age of 55 after his pledge won the auction. This is a great opportunity to fulfil that marathon dream.

As a part of the prize package, the successful candidate will also be allocated a grandstand place at the marathon finish for their supporter.

Bidding for the place is open today and will close at 2pm on Wednesday December 6, during the SJA British Sports Awards lunch at The Pavilion at the Tower of London. Pledges can be made in person at the event.

To place a bid, simply email your total pledge, along with your name, contact phone number and email address to maryfitzhenry@hotmail.co.uk

The bid is a pledge to raise the money in sponsorship by April 22 2018 and not a purchase price.

The race place will still be subject to the standard marathon entry fee of £39.

The winner will be announced at the SJA British Sports Awards, sponsored by The National Lottery, on Wednesday December 6.

Since 2012, the SJA’s British Sports Awards have been generously sponsored by The National Lottery, who through two decades and £6 billion of funding, have transformed the fortunes of many of Britain’s sports.

The masterful Jim Rosenthal will once again be our master of ceremonies at the iconic venue and we look forward to seeing as many of you as possible.

About the British Sports Awards