Entering the 2014 SJA British Sports Journalism Awards is less costly and should be easier than ever before. 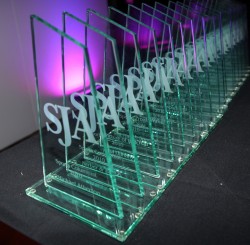 The awards include categories for outstanding sports photography and excellence in sports broadcasting, as well as sports writing, and embrace all forms of journalism, whether published or broadcast in national newspapers, by news agencies, in magazines, or regional papers. Material first published online can be entered in all categories.

Online submission of entries has been introduced for writing and the new broadcast categories, while entry fees for all the awards have been reduced by 20 per cent. As a special benefit for SJA members, the entry fee that they have to pay has been reduced by 40 per cent.

Entries for the British Sports Journalism Awards – which were first held in 1976 – opened last week.

“We are always looking at ways to innovate and improve our awards, and with the backing of our sponsors BT Sport, this year we are introducing an online submission system for the sports writing and the new broadcasting award categories,” said Randall Northam, the chairman of the SJA’s awards sub-committee.

“With a 40 per cent cut in entry fees for SJA members and a special offer to those regional sports writers who are short-listed for our awards dinner next March, we hope to attract many more entries across all categories in what is well-established as the country’s leading specialist journalism awards.”