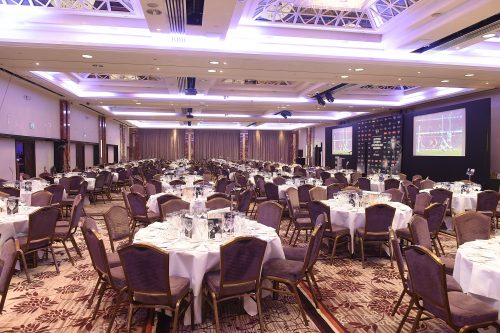 The final set of shortlists for the SJA British Sports Journalism Awards – those for the sports broadcasting categories – are published today.

Some of the best-known names in British broadcast sports journalism are in contention, along with some talented fresh faces.

Leicester City’s extraordinary achievement to win the Premier League, for example, has brought recognition for BBC Radio Leicester’s long-serving Ian Stringer, shortlisted in the Sports Commentator category. BBC East Midlands are hoping to win the Television Sport Factual or Feature prize with 5000/1: How Leicester City Beat the Odds while BBC Radio 5Live are also nominated for their coverage of Leicester’s triumph.

Last year’s Sports Commentator award went to Martin Tyler of Sky Sports and he is shortlisted again but will face competition from Alison Mitchell, who won our Broadcaster of the Year award in 2013, not to mention talkSPORT duo Jim Proudfoot and Sam Matterface and the BBC’s Andrew Cotter,  John Murray and Stringer.

Another of our former winners, 2014 Presenter of the Year Eleanor Oldroyd, is shortlisted in the same category with Osi Umenyiora of Whisper Films, BBC colleagues Mark Chapman and Dan Walker, talkSPORT’s Jim White and Mark Saggers. A truly heavyweight line-up. 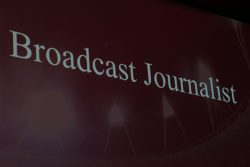 Richard Conway, current Broadcast Journalist of the Year, flies the flag for the BBC against BT Sport’s Des Kelly and Andy May, and Paul Kelso of Sky News.

Winners and highly commended entries in all categories will be revealed at the 40th staging of the British Sports Journalism Awards, supported by Ladbrokes and The National Lottery,  at the Park Plaza Westminster Bridge on Monday 27 February 2017. Jim Rosenthal will host the ceremony.

SJA Broadcast awards co-chairman Philip Barker said: “The glory of Rio, the ups and downs of Euro 2016 and Leicester’s ultimate tale of the unexpected jostle for position. Quality and diversity have once again been the watchwords of this year’s nominees.

“The SJA broadcast awards have come a long way since they were introduced in 2005. Back then, the results were based on the votes of a ballot of members. Now with a panel of judges of each category, they have become an essential and authentic part  of our SJA Sports Awards with a standard of entries to match. 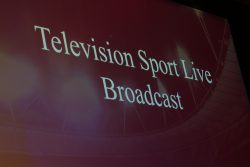 “For instance, there’s a fascinating and eminently watchable mix in Factual Television, a timely examination of Chinese football by Richard Conway whilst Leicester legend Alan Birchenall tells the story of that Championship season in Jackanory style for BBC East Midlands.

“The Guardian’s David Conn is at the heart of a searing piece in reaction to the Hillsborough verdict. Skysports’ offerings include Martin Brundle making a helicopter ride to Bernie Ecclestone’s coffee plantation in Brazil and a fascinating clip of a schoolboy Ronnie O’ Sullivan is just one of the delights from Deadpan Films as they spotlight snooker in their  series on sporting mavericks for ITV.

“In our Radio factual category, BBC producer Pat Nathanson secured an exclusive interview with Allen Stanford, still serving a 110 year sentence in an American Prison. It provides the starting point for a studio discussion on one of the most bizarre matches  in recent cricket history.

“Kelly Cates was a fascinating choice to anchor 5Live’s Hillsborough: The truth. An eyewitness on that terrible day in 1989, she found herself in the unusual position of interviewing her dad  Kenny Dalglish for this programme.

“Marieke Vervort’s story made uncomfortable listening at times. A Belgian Paralympian she has  a degenerative disease and signed papers for euthanasia. Eleanor Oldroyd’s sensitive reporting captured the highs and lows of Marieke’s story in Fight to the Finish.”

BBC Radio 5Live – Fight to the Finish: The Story of Marieke Vervoort

Guardian – Hillsborough: The Anatomy of a Disaster

If you want to be part of our 40th awards presentations, being staged for the first time at the Park Plaza Westminster Bridge, you are advised to book your tickets now, as demand is expected to be high and there are limited places available.

SJA members get a massive discount on their tickets, and can also bring a partner or colleague with guest tickets on special offer. For full details visit our ticket-booking site here: www.sjabritishsportsjournalismawards.co.uk