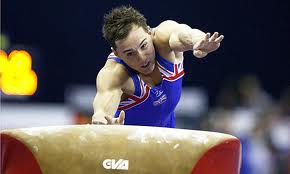 Ahead of the 2011 world championships in Tokyo (October 7-16), media are invited to attend a training session for both the men’s and women’s artistic gymnastics squads on Wednesday September 14 at Lilleshall National Sports Centre, Shropshire, TF10 9NB.

The world championships will serve as the first 2012 Olympic Qualification competition with both Great Britain teams aiming to finish in the top eight in order to be fully represented at London 2012. At the 2010 world championships in Rotterdam, the British women finished in fifth and the men in fourth position.

This Media Day will be the only chance to photograph, interview and film the gymnasts and performance director. Those attending will include:

Selection for the world championships teams will be confirmed week beginning September 26.

The approximate schedule for the Media Day is:

If you wish to attend, or require more details, please, email media@british-gymnastics.org with your details, names, approximate arrival time and suggested interview requests.