The online application system for media accreditation for Prudential RideLondon is now open at www.prudentialridelondon.co.uk/Media/Accreditation.htm

Prudential RideLondon will be the UK’s biggest ever festival of cycling with 70,000+ cyclists participating in five events over the weekend of August 9-10.

The five events are: 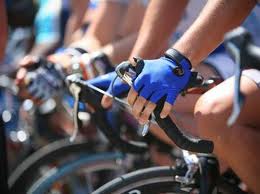 Family fun ride for 50,000+ around a ten-mile circuit of closed roads in central London passing some of the capital’s most iconic landmarks, beginning with an attempt on the Guinness World Record for the world’s biggest bike bell ensemble.

Criterium racing on a 1.3-mile route around St James’s Park (Start/Finish in The Mall) for pro women and youths (boys and girls). The women’s race will be televised live by the BBC.

100-mile sportive for 24,000 amateur riders from Queen Elizabeth Olympic Park out into Surrey and finishing on The Mall.

15-mile race over closed roads for 30 of the world’s top handcyclists, finishing on The Mall.

150 of the world’s top men racing over 140 miles from Queen Elizabeth Olympic Park, out into Surrey and finishing on The Mall.