What seems likely to be a final raft of media accreditations for the London Olympics has been released, including nearly 40 passes for reporters and photographers from local newspapers. 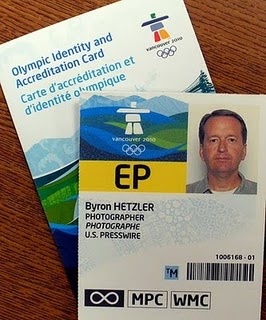 Following overwhelming demand for accreditation for the 2012 Games, the British Olympic Association was criticised for some inconsistencies and inequalities in its original allocations.

For example, one small-circulation website with close links to LOCOG was granted three accreditations, the same number granted to the whole of Scotland’s national newspaper titles.

The BOA also lost a significant proportion of its original allocation because nearly 100 UK accredited places were automatically allocated to PA Sport, as the official press agency for the London Olympics.

But following some returned accreditations – for instance, from the now closed News of the World – and a re-allocation of some international passes released to the BOA from the International Olympic Committee in Lausanne, the final picture will see many local London newspapers able to send a reporter or photographer to the Olympic Park or to Games venues on their patch.

The Newspaper Society, which had lobbied the BOA for a broader allocation of accreditations to local papers, said today that the latest set of allocations have been made by the BOA on the basis of providing “good geographic coverage of England and Wales and also reflecting the interest of the different regional press groups in covering the Olympics”.

Under the arrangement, the successful applicants will share copy with the rest of the industry in a pooling arrangement similar to the Royal rota used to cover Royal visits.

It will be interesting to see how many of the local newspapers which have been granted this late accreditation for the Olympics will also want to send staff to cover the Paralympics later in August.

In addition to 39 press passes for local papers, the BOA is making available a limited number of Olympic Park tickets for reporters and photographers, which will be valid for one day only from July 28 to August 11. Local papers will also be able to use the non-accredited media facilities such as London Media Centre, the BOA’s press conference room in Westfield, and the Weymouth and Portland Non-Accredited Media Centre for sailing events.

“Despite the extremely limited number of passes available for the Olympics, these facilities will go some way towards ensuring that the regional and local press titles are able to cover the Games effectively and that their readers will continue to benefit from the unique knowledge and expertise of local newspapers,” said Lynne Anderson, the Newspaper Society’s communications and marketing director.

Reporter and photographer passes have been allocated to the following titles and groups:

Reporter-only passes have been allocated to:

Venue-specific reporter passes have been allocated to: