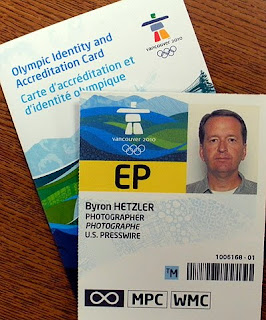 The British press has been dealt another blow over the 2012 London Olympics, with the host nation’s newspapers being allocated just 500 accreditation places – with nearly one-fifth immediately given to the IOC’s own “news partner”.

The number of E accreditations, which allow journalists to cover any of the 26 Olympic sports, allocated by the International Olympic Committee will be around 230 for the press of the host nation. China – not a nation noted for the breadth of its free press – has been given 200 E accreditations.

Of the 500 accreditations allocated to Britain by the IOC, 90 will go straight to the Press Association, which earlier this year was appointed by the IOC as the “host national news agency” for the London Games.

Anthony Edgar, the IOC press operations chief, told the Daily Telegraph that the British press allocation had increased by 129 per cent on the Beijing Olympics.

According to the Telegraph, Edgar said only Britain, Russia and Brazil – future Olympic host nations – had increased numbers in their quotas for London.

This latest news follows LOCOG announcing that it wants to sell-off seats in the press box at some Olympic venues for some sessions, and the imposition of a £150 charge per accredited journalists for internet access despite a £70 million sponsorship from telecoms suppliers BT.