From the News Media Coalition 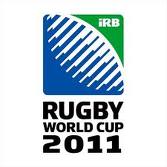 Talks relating to media attendance at this year’s Rugby World Cup have been concluded amicably between the owners of the event and major news organisations.

The News Media Coalition, representing newspapers, national and international news agencies, and global and regional newspaper associations, supported by the Sports Journalists’ Association, has been collaborating with the International Rugby Board about media arrangements for the tournament in New Zealand since the previous event in France in 2007.

Today, the NMC and IRB jointly announced that they had reached a satisfactory outcome in determining the media accreditation rules for journalistic attendance and use of news organisations’ copyright content.

As a result, the website of the NZ 2011 organisers has been updated for journalist applications for accreditation.

Accreditation details can be accessed here.

Notes to Editors:
The News Media Coalition is an international not-for-profit organisation focused on the specific significant threat to editorial, press and publishing freedoms and independent journalism from excessive controls on the flow of news to the public imposed by event organisations such as sports governing entities through accreditation contracts.

The NMC is a platform for the concerns of its supporters, which include newspapers and publishers, national and global news agencies, press freedom organisations and other news media and journalist groups in many countries around the world.
www.newsmediacoalition.org