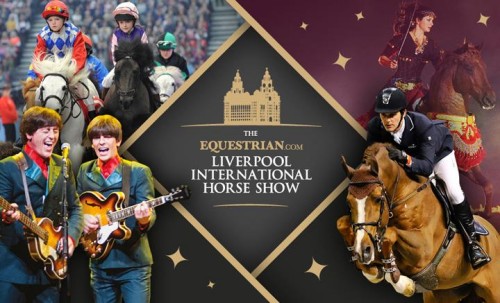 Media accreditation is now open for the Equestrian.com Liverpool International Horse Show, which will be staged at the Liverpool Echo Arena on January 1-3, 2016, combining CSI 4* show jumping with music, fun and fine dining.

Peter Charles, the Olympic gold medal-winner who comes from Bootle, was the first show jumper to commit to the event.

Inspired by the equestrian events at London 2012 and her own drive to bring world class sport north of the capital, the promoter, Nina Barbour, wants show jumping in Britain to equal and even better the events staged throughout Europe.

“I had an ambition to run a city event because I have been lucky enough to go to a couple of big city show jumping events, like the London Olympia horse show, the Gucci Masters in Paris and others all round Europe. I wanted to do something better and even unique and Liverpool was the obvious choice,” Barbour said.

To apply for accreditation, go to http://www.liverpoolhorseshow.com/media-accreditation-2016