VIEW FROM THE PRESSBOX: Nearly six months on from outlining her woes trying to get a magazine to pay her for work published in 2014, SARAH JUGGINS thinks she has found a quick and inexpensive do-it-yourself solution to an age-old problem

I wrote a few months ago about the perils of being a freelance writer. In particular, I outlined that freelancer’s curse which many of us will have encountered: the evil of the non-paying editor. 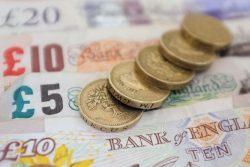 In June 2014 I had written, to a commission from a cycling title, six lengthy articles – all of which were published. Here we are in late September 2016 and I have still not received a penny.

My previous article for this site was published in April, but that, and numerous appealling emails and phone calls appear to have had no appreciable impact on the editor in question. So,  I took a new approach.

In my not so distant past, I was editor of the venerable publication Parking News. Yes, there was not one, but two monthly magazines dedicated to the parking sector, and yes, we did appear on both Have I Got News For You and Mock the Week. We were also mentioned in The New Statesman – in a good way – a fact I wear as a badge of honour.

Parking News is relevant to my non-paying predicament because a large section of Parking News was devoted to the civil enforcement industry. So I was on great terms with a large numbers of debt collectors and bailiffs.

Contrary to public image, debt collectors are really not a bad bunch. Stereotypes, which has your average debt collector portrayed as a thick-set numbskull, could not be further from the truth. Most of the civil enforcement officers that I met were urbane, good humoured, well-educated and highly empathetic to the situation of the debtor.

One particularly good contact was Alan Wood, a director at Birmingham-based company Penham Excel Enforcement Services. I had previously worked with Alan when he had written a series of articles for Parking News explaining how debt collection and bailiff services work.

My concern was that taking action against the editor of a non-paying magazine would end up costing me more than I was actually owed and that he would simply ignore any communications. At the same time, I really didn’t see why anyone should be allowed to get away with not paying what they owe.

I had sent email after email to the editor asking for an explanation for his non-payment. Not once did he reply, although his deputy did send several apologetic messages, offering me yet more free over-shoes and tickets to cycling events. As I explained patiently, my bank manager doesn’t accept overshoes as payment. So why should I?

Alan’s advice was straightforward. First you need to check the company is solvent, because there is no point in chasing a bankrupt company for money. Alan did this for me, but it is simple enough to do through Companies House (it now has much information available online and free of search charges) – and any journalist worth his or her salt should be able to establish whether a magazine is still being published or not.

Then you log on to the government debt collection service Money Claims Online, where you register an account. Then simply follow the instructions. This involves naming the person/people and/or company who owe you money, state how much they owe you and how much interest you would also like to claim (if any).

You pay an amount for initiating the action – this varies depending upon how much you are owed. At the time of writing, the fees are £60 to recover amounts less than £1,000 and £70 for more than that. But you add this fee to your claim. Yes: the bad payer has to pay.

Once you have set the action in motion, the debtor receives a letter from the government agency outlining the amount owed and how to pay. If they respond to this, then no further action is taken. In my case, I allowed a month for the editor to pay. The next stage is to take the action a step further and ask for a County Court Judgement to be placed against the debtor. This I have now done, still without a word from the editor.

The next stage is to issue a warrant for the bailiffs to visit the editor at their offices. This costs a further £77, which again is added to the amount owed. I have just completed that stage, so the letter will be landing on the doorstep of the magazine in question within the next few days.

Each stage of proceedings has taken just a few minutes of my time. Added all together, using this method, I have probably spent two hours chasing the monies owed me. Yes, it is a waste of my valuable time, butcompare that to the time I had spent researching and writing the articles originally, and all the emails and phone calls that I had written or made, to no effect.

So going online through to the CCJ are two hours which I am willing to sacrifice to make sure that my professional work is recognised and paid for by this man, because at the moment I feel like he sees freelance writers as a group of insignificant people who are just annoyances to be used, and then ignored.

And I’m afraid I can’t accept that.