It was September 2014, and I had spent much of the afternoon in the snug bar of the Bull’s Head, around the corner from SJA Towers,  discussing various aspects of our trade as I caught up with a couple of old sports desk colleagues. As you might imagine, there was much shaking of heads, repeated utterances of “the game’s gone”, and although I cannot be certain, some drink may have been taken.

Throughout the afternoon, we dissected journalism, and specifically sports journalism in the second decade of the 21st Century. All the while, there in the background, heard but not listened to, was the constant hum of a widescreen television tuned to Sky Sports News and its Deadline Day coverage, the countdown clock never pausing. Over the course of the three or four hours (it may have been more, but by the end, no one cared), Sky may as well have had their output on a taped 30-minute loop.

We are, of course, in the midst of another underwhelming football transfer window, with another Deadline Day soon to be upon us (notice how we somehow now feel the need to cap the Ds – how did that happen?) when, no doubt, vast resources of reporting staff and satellite uplink vans will be deployed to spend 15 hours of the countdown to tell us that… nothing much is going on.

Of course, I could be proved wrong. But Deadline Day has proved to be Dull as Ditchwater Day more often than not in recent times.

This is the form that it tends to take:

1, Bloke (they are mostly blokes) wearing the station’s uniform blazer or bench coat is standing outside a football ground/training ground. If they are unlucky, they will be surrounded by gurning kids aged between 12 and 46, all eager to “get on the telly”. The reporter will, off-screen, probably be accompanied by a cameraman and a satellite truck of some description.

2, There will be at least 20 of these reporters out and about across England and Wales for Sky Sports News alone – one for every Premier League club.

3, To each in turn – because there may never be any real “breaking news” all day long to disrupt the dull flow from Leicester to West Ham to Southampton… – the studio presenter will throw to a reporter with some scrap or titbit of transfer “news just in” relevant to the club to which the reporter has been assigned.

4, The reporter will smile, nod, pretending that they heard the studio, and then proceed to “update” the audience with non-information. They might even refer to “Sky Sports News sources”, when what they usually mean was what they’d read in the morning’s Sun or Mirror, or maybe had just checked out Mail Online before going on air.

5, Often, any “deals” that do actually take place behind the back of the assigned reporter will usually involve some Carlos Kickaballs who only the most ardent player of FIFA will have ever heard of, never mind have seen play. Often, the player will be recruited from an obscure lower league club in Europe, and it will often be announced that they have been loaned back to them immediately (so not even a proper transfer).

6, And throughout it all, a tickertape will continue running across the bottom of the screen, advising viewers that really, nothing is happening.

Between the end of the 2013-2014 season and that deadline day on September 1, Premier League clubs spent a then record £850 million on new players. Much of that business was done quietly and calmly, and was all completed discreetly, sometimes several weeks before Deadline Day. When the final day of the transfer window does “get lucky” and include a “mega-star mega-deal”, they often involve no headline transfer fee and may be conducted so early in the day that there was little by way of any deadline “tension”, to the obvious disappointment of those poor reporters who are expected to fill a couple of minutes’ airtime twice an hour for half a day. 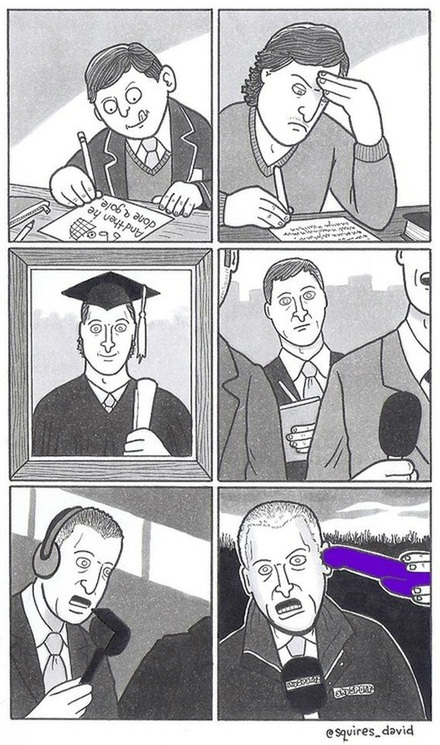 This was when Deadline Day coverage truly “jumped the shark”, reaching a point so far-fetched that there was some (unfounded) suspicion that it happened just to well… add some “colour” to the proceedings.

Oh the irony: when he suffered his on-air assault, Irwin was talking-up a transfer deal that never actually happened.

That’s not just my view, but the opinion of Rory Smith, a football reporter for one of the national newspapers which, like Sky, is owned by Rupert Murdoch. Smith wrote his piece about the “fetishisation” of Deadline Day for the US-facing website of a rival broadcaster, ESPN.

Smith put out there the thought that “… that transfer deadline day – both in its summer and winter guises – is more eagerly anticipated than FA Cup final day”.

And that, surely, cannot be right?

Smith wrote: “It has been a personal suspicion for some time that there are many who prefer the soap opera of the game to the sport itself, a belief borne out by website hit rates, which suggest transfer gossip attracts more attention than do descriptions of action.”

Liz Gerard, a former news desk backbencher at Smith’s newspaper, has more recently spent much effort in monitoring the print side of our business on her blog, Sub-Scribe, which is a recommended read for any journalist whose horizons extend beyond the sports pages and to our trade in general.

Gerard has mused about the difference in attitude towards coverage of football, and specifically Premier League football, and all other sports, even cricket, rugby union and golf, or any football that takes place outside the Premier League. Or any other form of news, for that matter.

From her time at The Times, what Gerard calls a “rigid philosophy” was developed for football so that it “continues to dominate every section that claims to write about ‘sport’.”

Having done the monitoring donkey work, Gerard writes: “Football coverage is such an essential selling point for newspapers that many of them have 16-, 20- and 24-page supplements. So essential that Monday papers routinely devote more column inches to that one sport than to the entire home, foreign and business sections put together.”