Tom Clarke is the charman of the National Joint Pitch Council, the body which administers racecourse bookmakers and is presently deeply involved in negotiations over the future of oncourse betting.

He was appointed to the body after a high-powered career as one of Fleet Street’s most respected sports editors, an enthusiast and inspirer of his staff who held the top job at the Evening Standard, Daily Mail, Times and the Sporting Life. A member of the SJA for more than 30 years, he says that one of his proudest moments was when he received the prestigious Doug Gardner Award in 1992.

Here, he answers the Questionnaire on working with Charles Wintour, David English and Al Pacino, and his admiration for Desert Orchid and Muhammad Ali

What was your first sports journalism assignment?
While I was still at Isleworth Grammar School in Middlesex I did Saturday afternoon football reporting (mainly of Yiewsley in the Corinthian League) for the Hayes Chronicle.

What has been your most enjoyable assignment during your career?
Running a sports department during any great event was always thrilling. If I was forced to choose one, it would be the 1980 Moscow Olympics. The Daily Mail leading articles insisted Britain should not send a team; at the back of the paper, we took the opposite view (which shows how fair an editor David English was) – and the British team (and the Mail team) responded magnificently.

What is the latest task you have been working on?
Good but extremely difficult – preparing the NJPC for what I hope will be a key role in the new betting legislative environment.

What is really the worst thing about your job?
In my working life as a journalist, decisions had to be made instantly – even bad decisions were better than no decisions. Now decisions take months to be reached. That can be frustrating. 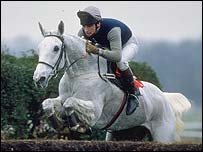 Does any of your family have any involvement with sport or journalism (or both)?
My two daughters have both worked in journalism (Heather with the BBC and Donna with the Daily Telegraph).

What’s your dream holiday?
With my wife Meg – anywhere (with Australia and South Africa top of the list).

What sports event would you most like to attend as a spectator? The 2012 London Olympics.

Piggott or Fallon? Neither.

Which colleagues or managers have been most influential or helpful in your career, and how?
My three best editors were Charles Wintour, David

What is the best sport-related book you have read recently, and why?
Golf in the Kingdom by Michael Murphy – a curious and complex journey into the mind of golfers (and I’m looking forward to reading the follow-up, The Kingdom of Shivas Irons). But my favourite current reading is modern autobiography including the vanity missions of Piers Morgan and Sir Christopher Meyer.

Name your greatest sporting hero, and why.
Muhammad Ali. He changed a sport and he changed a society.

What would be your first choice of car?
Mercedes ML280CDi (because I’ve just got one).

Which sports journalist’s work do you look for first (and why)?
No thanks . . . This is the way to lose friends! I think there is a great deal of good sportswriting, particularly on football, cricket and rugby union.

What advice would you give to anyone wanting to enter the profession?
Don’t specialise too soon – do the whole range of journalism – hard news, politics, business, showbiz, sport – before settling on the one you do best and like best. Work very, very hard. And be honest with your readers and yourself.