Morley Myers is a true stalwart of the SJA and the European sportswriters’ organisation,

the UEPS, of which he has been secretary general since 1994.

His early career saw Morley move from local newspapers and ExTel and hence to Reuters in 1966, where he switched to cover sport full-time, a move greeted by his then managing director with the comment: “Have you no ambition?”

As Morley puts it, “Forty years on, my career is still fuelled by that same lack of ambition”.

In 1972, he made his final move – joining United Press International who launched a dedicated sports wire. He remained at UPI, where he was the international sports editor, until the company dropped out of the news agency business after the 1996 Atlanta Olympics. Since then, he has worked as a freelance for AP, AFP, Reuters and SID and as a media consultant for various international sports federations.

with the Olympic Order by Princess Anne for his services to Olympism. In 2005, the SJA honoured Morley with the Doug Gardner Award, a presentation which brought about a genuinely unrehearsed acceptance speech that everyone present will long remember as bringing the house down.

Morley says that getting paid to follow his hobby around the world is the greatest job anyone can have.

Explain the significance of the international press bodies, AIPS and UEPS.

My involvement with AIPS/UEPS is a natural extension of a struggle to make life easier when covering events. This applies to accreditation, press seating, interviews, communications and results.

Working for Reuters and UPI gave one certain priorities. This saw me being part of the IOC Press Commission working group which initiated the now-compulsory computer-to-computer results system and the IOC minimum media requirements.

On various assignments, colleagues would call on me to help on their behalf.

From there it was a natural step to be an active AIPS member. Frank Taylor, Doug Gardner and Pat Besford had made it a British tradition to hold high office in both AIPS and UEPS and it was at Frank Taylor’s suggestion that I kept the flag flying. Having been one day too late to serve on the AIPS Executive Committee, I was elected to the UEPS Committee in 1994. At my first meeting, the existing secretary general resigned. I was volunteered as a successor and was officially elected to the post the following year. Since then, I have been re-elected unopposed.

The main objective for UEPS is to defend the rights of its 47 member national sports journalist associations at European championships and events, either through the organising committees or the European sections of the international sports federations. Additionally, UEPS has held joint seminars with UEFA and is currently embarking on a similar venture with the European Olympic committees.

What was your first assignment as a sports journalist?

Covering a QPR league match for the Willesden Citizen when the Rangers were in the Third Division South.

What has been your most memorable assignment?

Nothing can really compare with the traumatic events of the 1972 Munich massacre. I was at the Athletes’ Village to interview the American swimmer, Rick DeMont, at the time of the hostage-taking. Later, I saw the tragic finale at the military airport. This was followed by the surreal atmosphere as the Games resumed.

More happier times: playing in a scratch press team against some of the England players during England’s 1970 World Cup campaign; Bobby Moore’s arrest in Botota that same year; scoring a penalty at the Maracana Stadium (there was no goalkeeper); meeting Muhammad Ali in 1976; being among the six journalists chosen to accompany the IOC’s fact-finding team to visit South Africa in 1991, prior to the Republic being allowed back into the Olympic arena.

What has been your latest task?

Working with a new UEPS Executive Committee and my third UEPS President. It is very challenging, trying to optimise what members have to offer.

What would you do for a living if you didn’t work in sport?

Hopefully I would be writing scripts for documentaries or even comedy scripts.

Do any members of your family have any involvement in sport or journalism?

My wife, Joy, is a journalist. Our daughter Karen is working for the International Modern Pentathlon Union in Monaco, having previously been with the IAAF and Worldsport. As a student, she worked at Wimbledon and also at the 1988 Seoul Olympics.

What would be your dream holiday? 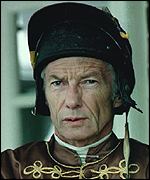 A family holiday with my three children and seven grandchildren in a warm climate where all the shops are closed.

Was there a colleague or manager who was particularly helpful in your early career?

What is your favourite sports-related film? Chariots of Fire

Muhammad Ali. The best heavyweight in history, he overcame suspension to rise to the top again during a period when the heayweight division oozed class. He was also lightning fast with his quips as well as his fists.

What would be your dream car? E-Type Jaguar

Whose work do you look for first each day?

Robert Philip to see whether he has written about me and Patrick Collins, whose opinions virtually mirror my own.

Any advice for someone starting in the profession?

Do not specialise in one sport when you start out. Take any job to get your foot in the door and look for openings in the direction you want to take. Eventually, you will get there.