A week in sport and journalism in quotes. Including Wayne Rooney and Monty Panesar, plus Jude Law, Maria Sharapova and Dennis Wise (yeah, well, you can’t have it all)

“There has been a lot of talk by a lot of 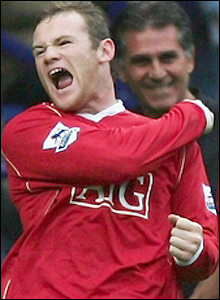 people over the last few weeks saying I couldn’t do it any more, stuff like that, so the feeling when the first goal went in was brilliant” – Manchester United’s Wayne Rooney , right, celebrates his 21st birthday with a goal-drought ending hat trick at Bolton

“This week we have been talking with Steven. I feel he is really focused on the club and our idea is see him scoring goals for us for many years. It’s clear I will not be selling my captain” – Rafael Benitez, the manager of Liverpool FC, on reports that Real Madrid are looking to sign Steven Gerrard

“We’ve been caught twice by the paparazzi. But we never worry about it. You put up with it, 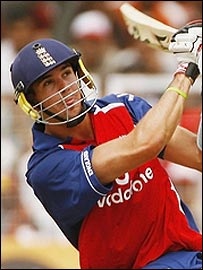 there’s a lot more good being in the public eye than bad. It’s incredible how much people will do for you… We go to normal places, Cafe Rouge, the Chelsea Bun, nail a burger and chips, easy” – Kevin Pietersen, the England batsman, pictured left, on the “pressures” of fame

“The pitches are hard, the weather is hard, the crowds are hard and the Aussies are hard. There is nothing soft anywhere. That means you have to be hard, too” – former England captain Mike Brearley looks ahead to the Ashes series

“Good, interesting and thoughtful work is still being done in spades but the economic basis that once supported it has been cut away. Good photography is simply beyond economic sense now for a majority of clients” – Tony Sleep on how technology is altering the photographer’s trade

” I told the players I want them to be a bit like the Leeds of before who were . . .Well, ‘orrible. I want a bit of nastiness, like they used to have here” – Dennis Wise, Leeds United’s 15th manager in the 32 years since Don Revie left Elland Road, looking for his side to be cast in his own image

Emma John in an interview with Monty Panesar in Observer Sport Magazine:

I show them a copy of the latest GQ Sport, which features him on the front cover, and joke that he’s sharing the magazine with Jude Law. ‘Who’s she?’ Monty asks

“It is my dream to end the year on the No1 spot again” – Maria Sharapova, pictured, 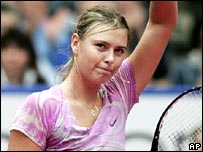 after the US Open champion’s 7-5 6-2 win over fellow Russian Nadia Petrova in the Linz Open on Sunday, for her fifth title of the year

“I’m more than happy to be known by the enemies I’ve made” – Dick Pound, the chairman of the World Anti-Doping Agency

Mark Reason, the Sunday Telegraph‘s golf correspondent, gives his take on the “European Order of Money”:

The players are too professional to trivialise the Order of Merit, but they know as well as the rest of us that it is nothing of the sort – it is the Order of Money… Harrington is in the prominent position that he is because he was given a ludicrous amount of money for winning a pro-am in Scotland and because he earned more euros for finishing second at the French Open than Casey earned for two of his three victories. The Order of Merit is no more than an audit of a season that demonstrably rewards the pursuit of money above the pursuit of victory

“I try to be the same person I was a year ago, this eccentric bloke who buys stupid clothes and diamonds. The only thing that’s changed is trust. I don’t trust anyone. People trying to stuff you, people trying to take advantage, things written about people I’m supposed to have slept with, one million per cent lies” – Pietersen