While professional footballers get ever wealthier, the sportswriters who describe their feats are increasingly poorly rewarded. They may be recording the performances for posterity, but they are certainly not doing it for prosperity, says the underpaid but highly valued NORMAN GILLER 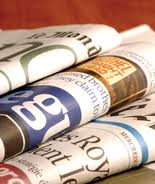 Back in 1974 (“here he goes again, living in the past”), I gave up my staff job as chief football reporter for the Daily Express to go freelance. I had my eye on the wider world of television scriptwriting and books, but it was football reporting that continued to give me my bread and butter.

The main plank of my earnings was a weekly Saturday match report for the Sunday Mirror. The sports editor Tony Smith, a lovely, cheerful Cockney who I am glad to say is still with us deep into his 80s, generously paid me £75 for my priceless pearls.

An economics expert reliably informs me that £75 back then has the same buying power as £350 today. I also got a first-class rail voucher and meal expenses that took my pay up to the £100 mark. So that Saturday match report in today’s language was worth the equivalent of around £400.

I am shocked to hear that some agencies are paying as little as £30 for a Saturday match report, and no expenses.

It gets even worse. Hungry for experience sub-editors and new to the game reporters are actually being persuaded to report for nothing more than the kudos of a byline, sucked in by the twin charlatans of a massaged ego and a desire to be read.

How about the big boys? Let’s take the Sunday Times for example. I am told that their match fees are a heady £120. I can remember being paid £110 as recently as the late 1980s. Surely sports journalism is the only profession where a decrease in pay over a 20-year period would be tolerated?

The situation is no better elsewhere in Wapping, where The Sun pays freelances £100 to cover when one of the district men is off. That is no more than they were spending for the same job in the early 1990s, long before the copy provided was being used online as well as in the paper, or the reporters were also expected to provide regular Twitter updates.

According to information from SJA members, we reckon that the worst pay in what used to be known as Fleet Street is The Independent, where £85 is paid for the Sunday report and another £80 for the Monday – although if you know differently, we would of course be interested to hear your experiences.

From a quick survey of football writing SJA members, we reckon that the going rate for a Premier League Sunday match report is between £120 and £180, with the Mail on Sunday now the best payers following the closure of the News of the World.

And while those reporters covering lower league football still have to spend the same amount of time and are expected to provide the same amount of professionalism in filing their reports, it seems that those covering Championship football are paid less than those writing on the Premier League.

As ever-tighter budgets see the papers cut back in many ways, we also hear that freelances covering other sports are now expected to work for what are often multi-national, multi-million-pound businesses at their own expense, by funding their own fares, petrol money, all of which is expected to be covered by an often modest fee.

Some sports journalists do not help themselves, though. We have heard of at least one regional agency which has offered to do a “job lot” of match reports from clubs on its patch for one national newspaper group. The amount which the agency charges is so cheap that no individual freelance could possibly make it worth their while.

The agency sends one reporter to a game, who files six different reports, each at £50 a time. Once there would have been six freelances all earning £100 plus exes. It is reasonable to surmise that the quality of the separate reports would have been better; they would certainly have offered more variety.

I HAVE CLIMBED aboard this pay bandwagon after reading a worrying report by Sarah Bould on the absorbing holdthefrontpage.co.uk website. She revealed that South Yorkshire Times editor Jim Oldfield was paid a salary of just £25,500. Jim’s 37 years experience in the newspaper game with both national and local titles was brought chillingly to at least a temporary close last week when he was handed his redundancy papers while he was striking in protest at job cuts. His was the unkindest cut of all.

As well as revealing his own salary, the understandably bitter Oldfield also exposed the fact that trainee journalists at South Yorkshire Newspapers were on £14,000; page designers £15,000; senior reporters £18,000; and assistant editors £24,000.

The revelations have inspired Francois Nel, digital journalism specialist and founding director of the journalism leaders programme at the University of Central Lancashire, to organise a survey to discover whether such wages are typical of the profession.

Nel is conducting the online study into journalists’ pay through a blog called UKjournopay new study: How are journalists being rewarded?

Well I can tell him that in the case of “casual” football match reporters, the answer is very poorly.

Many journalists completed the survey, which will form part of research being carried out at the School of Journalism, Media and Communication at UCLan in Preston. The final report is fairly certain to suggest something along the lines of, “Don’t put your daughter on the page, Mrs Worthington.”

The SJA has been monitoring the dipping match fees for several seasons, and we are encouraging our members and readers to name and shame the newspapers who are getting their words on the cheap.

Drop us an email, in confidence, to tell us your experience of tightwad employers (to website@sportsjournalists.co.uk), or post a comment on this article (as long as we know who you are, we can maintain your anonymity with the post if you prefer).

In an age when hundreds, probably thousands, of people blog match reports for free on the internet, newspapers must not be allowed to bring this amateur outlook to sports pages. A labourer continues to be worthy of his (or her) hire.

BRINGING MYSELF kicking and screaming into the modern world, I am now a regular Tweeter. This is remarkable for an old git (mustn’t call myself old hack anymore) who started out 50-plus years ago with a typewriter and carbon paper, and I worked alongside veteran journos who had sent their copy from football grounds by carrier pigeon. From cooing to Tweeting.

I got involved in a huge debate on the merits of Lionel Messi, as we Tweeted during the exciting and explosive second leg match between Barcelona and Real Madrid on Wednesday. There was plenty to coo over and it made us realise that the Premier League is a poor second to the best of La Liga.

Messi is without question going to join the all-time greats, and can already be mentioned in the same breath as the football gods like Pele, Maradona and di Stefano.

He is the nearest I have seen to Jimmy Greaves for finishing skill and accuracy in the box, and is superior to Greavsie in that he works his socks off. There were often games when Jimmy did not break sweat, apart from scoring a goal or three.

Messi covers huge acres of ground with non-stop running, but I was moved to ask the question on Twitter: “Would he be quite as effective if he had the likes of Bites Yer Legs Hunter or Chopper Harris kicking him from behind?”

Greavsie went through his entire career with the tackle from behind allowed, which perhaps explains why he has recently had to have his two kneecaps replaced.

The price our heroes paid for us to get our kicks. And they were not that well paid, either. A bit like modern day journos.