A blast from the past from NORMAN GILLER this week, after he attends a reunion of former colleagues from his days at the Daily Express when it had more than 4 million readers

Sports journalists of a certain age might get a little dewy-eyed as I revisit a lunch I attended this week, when I was sprung as a surprise guest. It could be headlined Look Back In Ongar.

It is fairly certain that many veteran SJA members will have worked with or for the two organisers of a reunion that bridged a 42-year gulf. 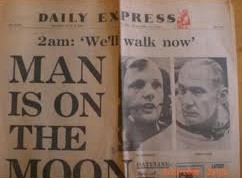 On my left, Tom Clarke, once a mighty Fleet Street force who was creative sports editor of The Times, Daily Mail and Evening Standard, and edited the late, lamented Sporting Life. He won the prestigious Doug Gardner award at the 1992 SJA British Sports Journalism Awards in recognition of his across-the-board achievements.

On my right, Alan Smith, who went from the Daily Mirror sports desk to become front-page columnist (yes, front page) of the Sunday People and deputy sports editor under the inestimable Neville Holtham.

They planned a get-together at the Queen’s Head pub in Ongar, Essex, in honour of a former journalist master visiting from his adopted homeland of Australia.

Meet Mike Pinnock, the man who used to have what he describes as “the privilege” of subbing Hugh McIllvanney on The Observer before going Down Under in 1969 to specialise as a financial journalist. He became such an influential voice on the Australian economic front that he was appointed executive director of the Queensland Mining Council, and was recently made a Member of the Order of Australia, which is about as close as you can get to a knighthood Down Under.

The common denominator is that Tom, Alan and Mike all started their Fleet Street careers as sub-editors on the broadsheet Daily Express when it had without doubt the finest sports desk in the business. And it sold 4.2 million copies a day.

Tom and Alan recalled that I was very chummy with Mike back in the 1960s Express days and arranged for me to join them for the lunch, without Mr and Mrs (Terri) Pinnock knowing. It would be our first meeting for 42 years, back when we were in our late 20s.

Alan Smith – a frustrated Neil Simon – wrote a script for me in which my partner, Jackie Jones, was going to pose as a foreign waitress, who would become offended by Mike’s failure to understand her unintelligible English, at which point I was to be summoned as a Basily Fawlty-style manager. My cameo role was to sack the waitress and make Mike feel guilty.

Just to confuse the issue Tom, making a late coup as director, decided to introduce Jackie and I as his friends from Scotland. So suddenly we had to adopt Scottish accents. I loudly complained that you could not get any decent subs anymore and Mike’s eyes spun like fruit symbols on a slot machine as I revealed myself as Norman Giller (not a pretty sight).

After the delight of being reunited after all those years, we got down to serious reminiscing. I played my party trick (which probably explains why I rarely get invited to parties) of reeling off the names of every sports staff team member in the order they sat …

Layout wizard Don Woodward was at the top of the table. As well as Mike, Alan and Tom, he was supported by subs of the calibre of Bob Moore (who moved to the Mirror), Ian Barnes (later tennis correspondent), Pat Gibson (who became the No1 Express cricket reporter), Bill Beckett (ex-Western Daily Press Sports Editor), David Emery (now running his own sports publishing business, including The Non-League Paper and The Rugby Paper), vastly experienced quartet Harry Pashley, Phil Hodgson, Marshall Fallows and Derry Meade, statistician Harry Cook and the legendary John “the Welsh” Lloyd, who was forever doing favours for down-on-their-luck fellow journos.

I can recall the subs’ desk as easily I would the line-up of the 1961 Spurs Double side. Forming a back bench behind them were Sports Editor John Morgan, PA Doris Bishop, John’s diligent deputy Norman Dixon and sports news editor Harry Langton, who had a brain the size of Mars but a tinderbox temperament.

To my left sat my football sidekick Steve Curry, and facing him pools expert Jim “The Banker” Gould, alongside rowing and features writer Patrick Robinson, now a renowned novelist. Ten feet behind me to my left sat racing gurus Peter O’Sullevan and Clive “The Scout” Graham, faced by Charles Benson, the British backgammon champion and allegedly the man who helped Lord Lucan disappear. Copy runner Jack Phelps, an ex-guardsman, would take their authority-heavy stories the 15 yards to the racing desk for the attention of subs Reg Bailey, Dennis Hughes, Derek Housego and Jack Holland.

Bill Bradshaw, the current Express sports editor, must count the staff numbers as listed above and wonder how he manages with his skeleton staff.

During the course of our three-hour lunch, we covered hacking (“didn’t happen in our day, unless you count listening at keyholes”) … the state of newspapers (“doomed, Cap’n Mannering, doomed…”) … the best columnists of our time (a tie between Hughie McIllvanney and Ian Wooldridge) … the internet (“makes life too easy for lazy journos who lift rather than get out and gather stories”) … office romances (censored because some of those having leg-over dalliances are still with us) … headline writing (anybody who busted a headline would have to wear an “I busted the type” tie throughout the following shift) … best newspaper today (a split school, but majority vote to the Mail – “because they know their audience while The Times in particular does not seem to know whether to aim for their old readers or the young executives”). It was unanimously agreed that we had seen off the best days.

Mike, with a discernible Aussie accent, revealed that he had become “one of them” to the point where he rooted against England in the Tests, a shocking state of affairs for a man brought up in the Kent of Colin Cowdrey.

He and the lovely Terri are today finishing an eight-week tour of Europe in celebration of their Golden Wedding.

I hope it’s not another 40-odd years before we meet up. Any of you going down Queensland way are welcome to look the Pinnocks up, nostalgia and noggins guaranteed

Meantime I have ground to repair. I introduced my partner Jackie to the wives – Terri, Elaine Smith and Meg Clarke – as a Welsh cross-dresser who recently had a sex change and no longer works down the mines.

Perhaps I should emigrate?

One thought on “Express delivery on an overdue subs’ desk reunion”