Welcome to the British Press Photographers’ Association, who are now part of the Sports Freelancer Collective. 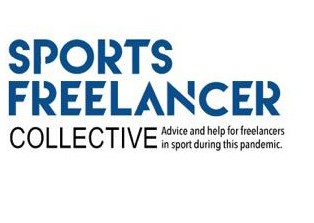 The BPPA represent the interests of 400 full-time press photographers many of them working in sport and as freelancers.

To that end, they are awaiting a reply from the Premier League after highlighting concerns over plans to severely limit the numbers of photographers at stadia when football returns.

They have offered o make some suggestions on match coverage, where health and safety would not be compromised, while helping the Premier League and the BPPA’s members recover from the crisis.

And they are also urging the Premier League not to use one photographic media source exclusively, which would severely impact on many freelancers whose income has been wiped out overnight.

But a survey by the National Union of Journalists reveals a third of freelances do not expect their incomes to improve until next year, with 40 per cent saying it could take three to six months, while 16 per cent believe they will not be making their living from journalism after the coronavirus pandemic.

*some people & *some businesses.

As Chair of Cricket Writers’ Club & supporting the #SportsFreelancerCollective I’m still so disappointed that govt knows so many self employed have lost work, can’t access SEISS, yet do nothing for them #forgottenfreelancers #forgottenltd https://t.co/fWXowGboIo

Two-thirds of NUJ members said the pandemic and lockdown had affected household income to date, with 18 per cent saying they had suffered between an 80-100 per cent drop in income.

Many freelances doing shifts for newspaper, magazines and publishers are part of the PAYE system and therefore eligible to be included in the Job Retention Scheme – with the government covering 80 per cent of their wages. However, the survey revealed that 5.5 per cent of those who responded said the company they worked for had refused to do so.

Any NUJ members who need help should contact freelanceoffice@nuj.org.uk