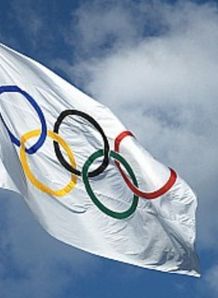 2012 Commentary by Don Anthony
In July 1908, during the first London Olympic Games, Pierre de Coubertin heard a sermon in St Paulâ€™s Cathedral. It was about St Paul and the idea that â€œmany are called but few are chosenâ€.

He came up with the statement â€“ which is the basis of Olympism still â€“ â€œThe honour is less in winning than in taking partâ€. He never said â€œnot in winningâ€ â€“ this is a mistranslation from the original French…but constantly repeated. Of course, there is honour in winning; however it is also the case that the struggle is more important than the victory. This slogan became the â€œethosâ€ of Olympism and it still inspires the vast majority of the Olympic family â€“ national teams and all competitors – so let us honour it.

Coubertin was also the creator of the International Olympic Committee. Perhaps not a perfect organisation but one which seems to work. If the IOC had been composed of governmental representatives it â€œwould have had a short lifeâ€, Coubertin also said.

We see today that government funding is holding the Olympic idea to ransom. In a culture of â€œwinner takes allâ€ medal-winning is of prime importance. “Medalism” has become a mania. Instead of facilitating the objectives of Olympism, government tries to compel the reverse: sports organisations must facilitate government objectives. The targeting in health and education is now prescribed for sport.

honorary treasurer of Watford Boys’ Club football team, a physical educationist since 1948 and an Olympian in 1956, a long-time member of the SWA and SJA. I also founded the national governing body of an Olympic game and have been devoted to its welfare for more than 50 years.

One important guideline has remained with me â€“ rules. Accepted rules must be followed at all levels of sport. In a free society we should also be allowed to try to change them. However, if they exist, we must follow them.

The rules of Olympism are enshrined in the IOC Charter. Rule 58 states that the IOC and the Organising Committee of the Olympic Games â€œdo not recognise the grading of nations by medalsâ€. There are other rules which describe how national Olympic committees should support the Charter.

As one imbued with this spirit I wrote down the title of a possible book in 2006,when London won its Olympic bid: “London 2012 â€“ Olympic paradise foundâ€. Recent events have turned my mind to a new direction: paradise lost?

London 2012 presents us with a golden opportunity to enhance sports on the programme, as host, which have been sadly neglected in this country. It presents the opportunity to regenerate schools physical education and restore â€œColleges of Physical Educationâ€ which successive governments have mutilated, generalised and abandoned. The Olympic idea was created by educationists and only their massive involvement will ensure a lasting Olympic legacy.

Sports writers are not stupid. Most of them must know the Olympic rules and principles. How few, however, have the courage to state them again and again â€“ while an army of instant Olympic experts from government and the broader media bombard them with nationalistic slogans and systems.

As host city in 2012 we still have advantageous rules which will enable us to celebrate the entry of sports like water polo, volleyball, handball and other â€œneglected in Britainâ€ sports into the Olympic festival of 2012. Please sports writers – fight for this cause. If we choose the wrong path of elitism and elitist sports, celebrating the division of Olympians into business and economy categories, we will choose wrong paths leading to undesirable destinations.

Britain’s Olympic sport: we’ve never had it so good

SJA member Don Anthony is an honorary life member of the English Volleyball Association and an honorary member of the Pierre de Coubertin International Committee. The views expressed in this column are those of the author, and in no way represent any policy of the SJA