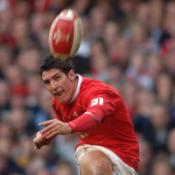 a last-gasp victory at the Stade de France knowing that when they return to the stadium next September that they will be starting their challenge to win the World Cup.

On the final Saturday of the Six Nations’ France and Ireland were the strongest contenders to win the title and as the last three matches were played in sequence rather than simultaneously, their targets became clearer and were then confirmed.

Ireland, starting first against Italy in Rome, won 51-24. That left France with the task of beating Scotland in Paris by a 23-point margin and they achieved that in the last seconds of stoppage time with a try from replacement back row forward Elvis Vermeulen for a 46-19 result.

Scotland, who were to finish bottom of the table as the day unfolded, were in no mood to capitulate before the 80,000 crowd and there was no chance at all of the French being gifted the title. That is why Euan’s Murray’s 77th minute try for the Scots demanded such a furious finish from France because at that point they were behind the target required to save the day and preserve the title.

Vermeulen’s try was the sixth of the day for France and gives the French team and captain Raphael Ibanez a basis for the demands of the World Cup which they will host for the first time.”I am not sure it will mean anything for the World Cup but we played well, won the Six Nations’ and that is good,” said Ibanez.

The last match of the day was Wales against England at Cardiff with the Welsh team responding to the demands of their passionate supporters with a win by 27-18, so avoiding the wooden spoon in the championship. Wales also discovered a new hero in fly-half James Hook who scored 22 points and is now assured of a starring role in the World Cup. Wales also discovered a huge amount of self belief after a disappointing sequence of results through the season.

France’s only defeat in the championship was against England at Twickenham. It was England’s best performance of the year by a distance against a strangely muted French team. France

failed to score a try but England came hunting for victory with two tries in the second half to win 26-18.

France’s most convincing display was against Ireland before a crowd of 82,000 at Croke Park in Dublin, the Gaelic sports citadel being used for rugby for the first time. The atmosphere was huge and the belief that Ireland would win a Grand Slam this year unbreakable until Vincent Clerc won the match 20-17 for France with a last-minute try.

Ireland’s greatest performance of the championship brought them a record 43-13 win over England at Croke Park. Ireland scored four tries and fly-half Ronan O’Gara scored 21 points. They might look back upon that result as some compensation for missing out on the championship and there is no question that Ireland have a firm base for the World Cup.

England had started the championship with optimism running high because of the return of Jonny Wilkinson, the talismanic figure who scored the winning points in the 2003 World Cup final but had not played for England since. Wilkinson kicked 22 points and scored a try in the 42-20 win over Scotland, played two more matches, and was then injured.