This is a crunch weekend for Sunday newspapers, most of them with Premier League football supplements that have been ages in the planning, yet they find themselves in complete uncertainty over whether any titles or news agencies will be able to send reporters to the games next week. 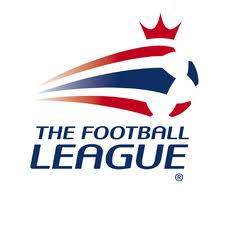 And football is at the heart of the battle for circulation figures, as the Sunday titles seek to consolidate the games that they have made in the past month in the absence of the former market-leader, the News of the World.

The position over match accreditation is, to put it mildly, fluid.

Football League clubs were ordered on Thursday not to handle any accreditations for their own grounds and matches on this opening weekend of the season, with the football authorities’ agency, DataCo, handling all such applications instead. This follows the breakdown in talks between the FA Premier and Football Leagues and the News Media Coalition over a revised licensing agreement.

Friday night’s opening game of the season in the Football League, Blackpool’s 1-0 win at Hull City, saw most titles opt to cover the match off the television. With major photo agencies also denied accreditation, the only pictures used tended to be screen grabs off Sky Sports.

The Daily Telegraph carried this announcement to its readers:

The Daily Telegraph is unable to bring you coverage from the opening Championship match of the season between Hull and Blackpool due to an ongoing dispute between the media and the Premier League and Football League over terms of accreditation.

The FAPL and other football bodies’ brinkmanship ahead of the new season has seen them offer a seven-day extension to the previous licence agreement, but this is unsatisfactory as far as the newspapers are concerned.

How this will impact tomorrow’s Sunday circulations, if at all, could be fascinating.

Last weekend’s sales figures suggest that after the publishers at Trinity Mirror, the Mail group and Express Newspapers spent millions on advertising and promotions over the previous three weeks to win over former News of the World readers, once the cut-price cover prices and special offers have been reduced, some of the hard-won new readers have drifted away.

The drop in sales coincided with the decision to revert to a £1 cover price in most of the country, having been on sale for 50p for the first two weeks of the NotW‘s absence. The Sunday Mirror had previously been selling about 1.1 million copies.

The People is reported to have almost doubled its regular sales, and was still increasing its sales last week, to 900,000, from its pre-July 475,000 weekly sale.

While all titles appear to have benefited from an increase in sales over the past few weeks, as the market settles down after the holiday period, it seems very likely that the overall Sunday newspaper market, in the absence of the News of the World, will be reduced, possibly by as many as 1 million sales.

Bates now bans BBC
The BBC and The Guardian do not need to be concerned about the licensing dispute as far as Leeds United is concerned, because that club’s notorious chairman, Ken Bates, has now banned both media organisations because he dislikes being investigated by David Conn.

Conn, the award-winning Guardian sports feature writer, has been banned by Bates for daring to write about Leeds’ opaque ownership. Now, the usually litigious Bates has resorted to blocking BBC Leeds from attending club press conferences and other events because Conn is working with the regional broadcaster on a documentary on the same topic.

The Guardian reports: “The BBC discovered the ban earlier this week when BBC Radio Leeds was not admitted to a press conference held ahead of the new Football League season…

“The club said it will co-operate on all contractual obligations with the BBC. Yet beyond these none of its outlets will be granted admission to press conferences or be allowed time with a player or manager before or after a match unless legally bound to do so.”