ANTON RIPPON apologises if this is beginning to bore you, but he’s got news of another football club with a ban on reporters. This time with a little twist

Rangers have joined the growing list of football clubs to try to ban reporters, a move which has back-fired spectacularly with Ibrox becoming the subject itself of a ban – by one of the world’s most respected media organisations. 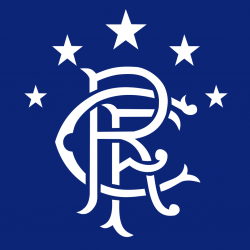 The BBC is refusing to send journalists to cover matches and press conferences – although it will continue to report generally on the Scottish Championship club – after Rangers banned Chris McLaughlin. Last month McLaughlin led a report on Rangers’ 6-2 Scottish Challenge Cup win over Hibernian with the news that “three arrests were made after sectarian singing”.

Meanwhile, Greg Dyke, the former BBC director-general, has told the National Union of Journalists that, despite now holding the high office of Football Association chairman, there is nothing he can do to stop football clubs from putting up the “No Entry” sign to sportswriters – and indeed entire newspapers – that have upset them.

Responding to a call from the union for the FA to take action against those clubs who seek to influence their media coverage by threatening or imposing bans on local and national newspapers, Dyke said: “As a former journalist, censorship of the media is an issue about which I have strong personal views, and I agree with much of what you say … In this instance, the clubs are members of the leagues in which they play and it is for their leagues to set down requirements for the clubs.”

The SJA’s position is that, in the Premier League at least, journalists are expected to comply with the conditions of their accreditation licences, and it is reasonable to expect that the league’s enforcement of its own conditions on clubs to fulfil media obligations should be just as strict.

In Glasgow, a BBC spokesman said that the corporation felt that the club’s ban on it and its staff was unjustified and that it stood by the integrity of its journalism. Rangers told the Sunday Mail: “The BBC don’t seem to be applying proper checks and rules within its sports department … you had police praising both sets of fans but he [McLaughlin] led on the fact Rangers could be in trouble because two people were arrested for alleged sectarian chants.”

The reason for another Rangers ban, on Graham Spiers, four times Scotland’s Sports Journalist of the Year, seems less obvious.

Spiers, author of a 2007 book L’Enigma – A Chronicle of Trauma and Turmoil at Rangers, says that he hasn’t been told why he has been banned. It seems that his general criticism of the club – which he supported as a child – is to blame.

“I had one conversation with one Rangers director, who I phoned up when I heard about this ban, and he didn’t know what I was talking about. He’d just been away on his holidays, and he didn’t know I’d been banned. Then he got back to me two hours later and he gave me a slightly rambling … statement, or perspective, on why I had been banned. But he said to me: ‘As far as I know it’s for nothing recent’.”

Spiers, who writes for The Herald, said that, as he is a columnist and no longer a match reporter, the ban is hardly going to affect him.