Le Professor struggles with mental arithmetic, the new Wales manager, more Twitter fun from Joey Barton, donkey problems for kick-ass runner Mo Farah, and a glorious attempt to turn sheep-shearing into an Olympic sport, all compiled by JANINE SELF 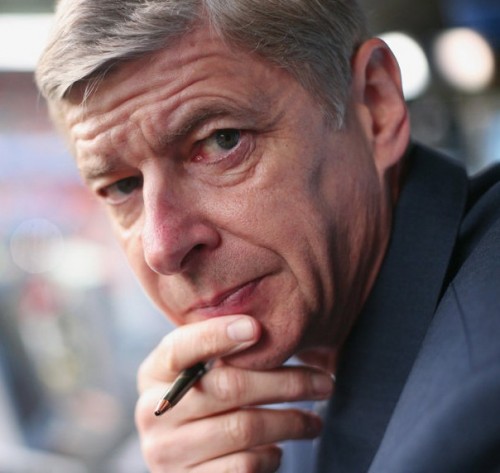 “I’ve been a manager for 30 years and have made 50,000 substitutions. I do not have to justify every decision I make to you” Arsene Wenger, Arsenal manager, has a mathematical senior moment following criticism for substituting Alex Oxlade-Chamberlain for Andrey Arshavin in the 2-1 home defeat to Manchester United.

“The whole nation is still in mourning. We’re a passionate nation and it needed to be one of us” Chris Coleman on replacing the late Gary Speed as manager of Wales.

“People get on the phone and Tweet every five or 10 minutes, and it’s almost like slowly poisoning somebody, from outside the club and no doubt from within the club as well” Neil Warnock, ex-QPR boss, points the finger at Joey Barton.

“Not a big fan of people that try to make scapegoats out of others. If u live by the sword, u die by it. If I talked about Neil, he’d do well to get another job. Twitter cost him his job???? I can think of a million other things” Barton Tweets back.

“He don’t know what he is fucking talking about. What is he talking about? It is a bonus” Redknapp‘s remarks about a payment made by his then chairman Milan Mandaric to his Monaco bank account, according to evidence submitted at his tax evasion trial at Southwark Crown Court taken from transcript of a 2009 interview with the then News of the World reporter Rob Beasley.

“The foundation of the football club has always been built on respect for other people, always built on the philosophy that the next game is the most important, not the one that is two or three down the line. So if they needed a lesson to be taught to them, then today was it” Kenny Dalglish, Liverpool manager, breaks the habit of a lifetime and criticises his players.

“It’s fine, I just have really wobbly ankles. I wasn’t meant to be a ballerina” Serena Williams after slipping and turning her dodgy ankle at the Australian Open.

“There were donkeys all over the place. I tried to shout something to scare them off but they just stood there exactly in lane one. I had to go on a different part of the track” Mo Farah, in Kenya for altitude training, comes across an unexpected obstruction.

“I will be using public transport to get to the Games as it’s quicker and easier” Lord Moynihan, chairman of the British Olympic Association, on giving up his VIP courtesy car.

“This petition is not about a piece of fabric, it’s about athletes and it’s about their credibility” Elizabeth Plank, the boxer who wants to be able to choose whether to wear a skirt instead of shorts in the ring and has persuaded 50,000 people to sign an online petition.

“Such freak shows are all very well at testimonials but the Olympic football tournament deserves more respect” Paddy Barclay’s view in his new Evening Standard column on any decision to select David Beckham and Ryan Giggs.

“There is an optimistic belief that England’s abject failure to justify their ranking as the No 1 Test team can be attributed to their flimsy preparations after a long lay-off and will be redeemed soon enough under the hitherto impressive leadership of coach Andy Flower and captain Andrew Strauss” James Lawton, The Independent, following the thrashing by Pakistan last week.

“’I’ve decided to join Saracens from next season … until then it’s all about Saints” Chris Ashton Tweets confirmation that he is leaving Northampton. The England wing was immediately dropped from the Northampton squad for their final Heineken Cup match.