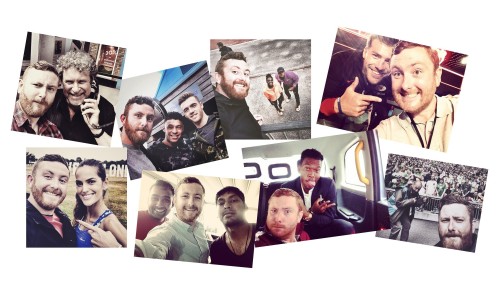 SJA member SCOTT HEAVEY, the award-winning photographer, was a reluctant selfie-taker at first. Now, he’s using them all the time, and here he explains why

A few years ago I heard that a photographer, who shall remain nameless (because I’ve never heard of him), approached Arsene Wenger at the Emirates Stadium just before kick off and asked him to sign a couple of prints he had brought along in his camera bag.

I’ve only ever done this once, with Frank Lampard when I had him in the studio for a portrait session and we’d spent all afternoon together and I felt comfortable asking him during a break. But I still had a feeling it was frowned upon and deemed unprofessional by my peers.

Three years ago, when I started as a freelance, I have to admit that social media and my website didn’t really interest me. Stupidly, I mistook self-promotion for showing off.

Since then, I’ve come to realise that it’s important to show current and potential clients that I’m busy and working alongside big names for big brands. A quick selfie on my phone is the best way to publish what I’ve been up to.

Much of my current work is embargoed, so it’s hard to post the images I’ve taken straight away. My ugly mug seems to keep people interested. 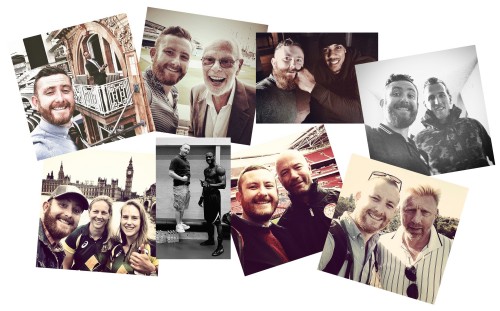 I’m almost certain that there are still some of my colleagues who think this sort of thing is shameless and part of some unwritten rule that we shouldn’t break, but there are plenty of people I’ve worked with who I haven’t asked for a quick snap. Sometimes because there’s just not enough time and sometimes because we simply didn’t hit it off and I wasn’t comfortable asking. But the majority are happy and used to posing for selfies pretty much everyday.

Personally, I’d like to think that it not only works as an update of what I’m up to but also that my subjects and I have enjoyed working together.